I spent this past weekend at Elk Grove Regional Park attending the 57th annual Elk Grove Western Festival celebrating this years theme – Boots Scootin’ & B-B-Q. I had heard a lot about the Western Festival over the years, but never attended until now. I was interested in a festival event that was added this year – the Elk Grove Western Festival BBQ Championship brought to Elk Grove courtesy of the Kansas City BBQ Society. The Kansas City BBQ Society (KCBS) is a nonprofit organization dedicated to promoting and enjoying everything barbeque. KCBS is the world’s largest organization of barbeque and grilling enthusiasts with over 15,000 members worldwide. Each year, they sanction over 400 barbeque contests across the United States. 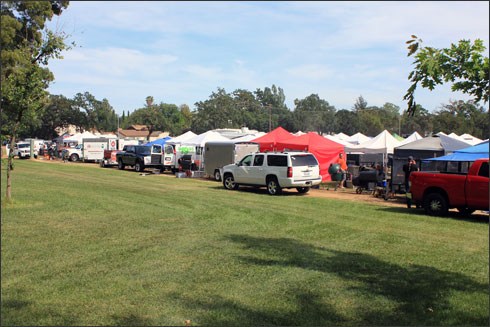 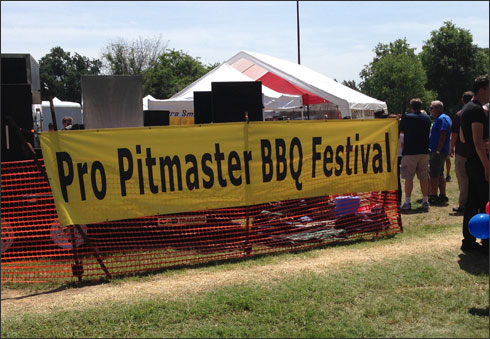 There were just over 30 professional competitors – some of the pros travel all over the country to compete. Pro teams compete for national and state points in the race to become the 2014 BBQ Team of the Year. I love watching the big BBQ competitions on the Food Network and the Cooking Channel, so I took advantage of the opportunity to see one in person. 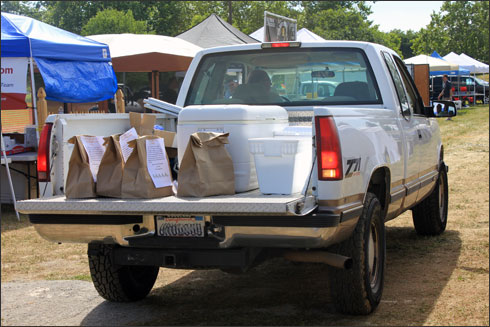 The four grilling categories for the competition were chicken, ribs, pork shoulder and beef brisket. Submissions were turned in and blind judged by a panel of judges. The meat is inspected raw when they first set up on Friday night – I got to witness one of the Friday night trucks delivering meat to the competitors. They stopped at each BBQ competitor’s space that was participating and gave them their meat. 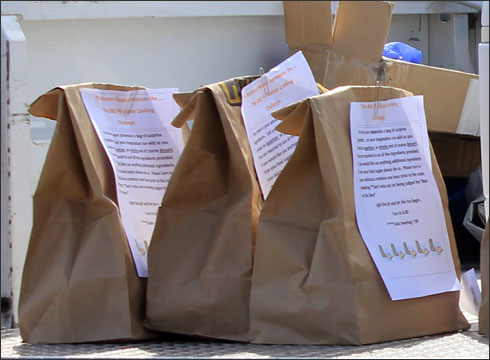 I had the most fun wandering through the venue checking out the creative team names, signage and setups as I chatted with some of the competitors and other attendees. Everyone was super friendly and willing to talk all things BBQ. There were some serious competitors out there, even from the backyard division. It was very impressive. The backyard division was open to all amateur BBQ enthusiasts. Registered teams were given the chance to compete with chicken and pork ribs. Backyard teams got the full competition experience as they were placed in the same area as the pro teams. One other added bonus to the event was the competition between Elk Grove police and Cosumnes firefighters for the Guns & Hoses match. 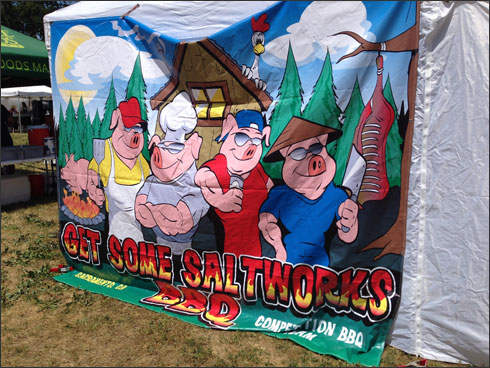 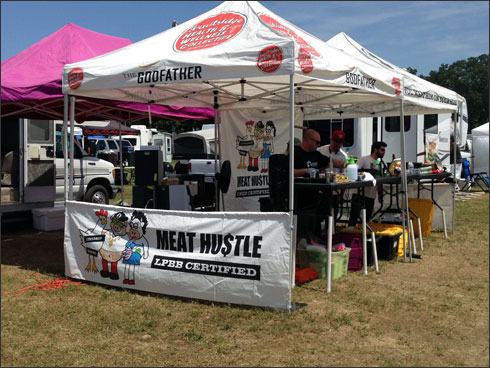 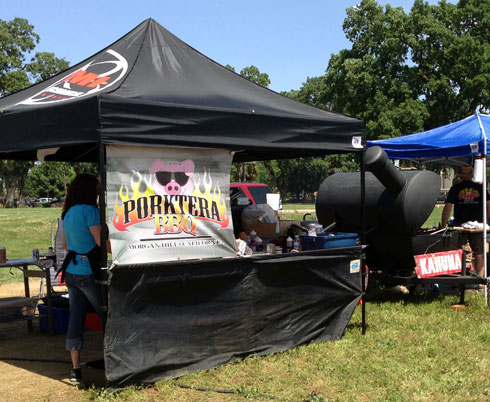 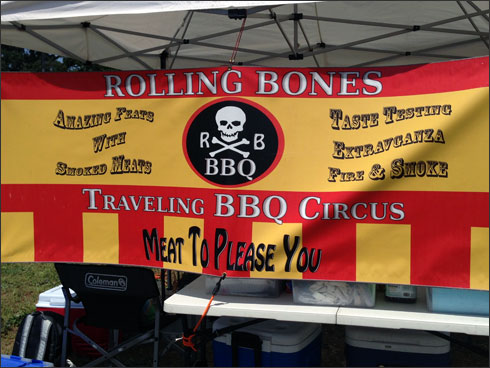 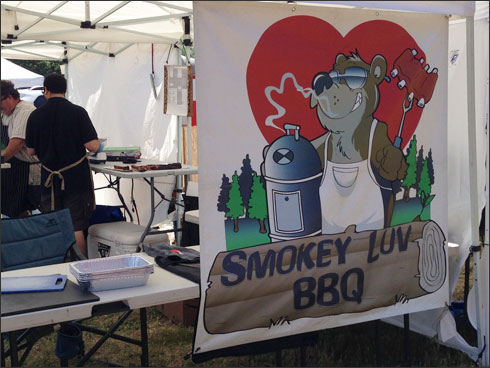 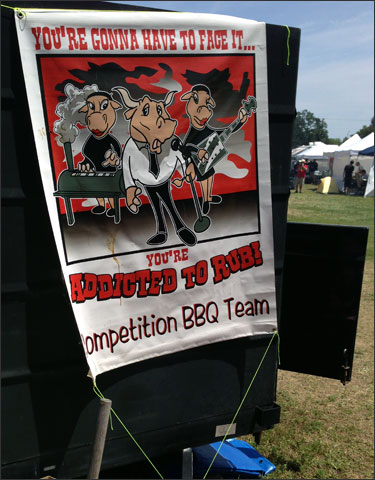 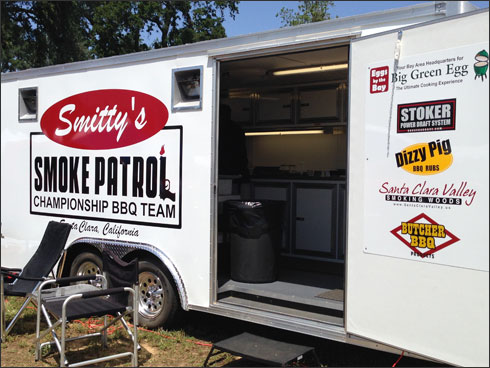 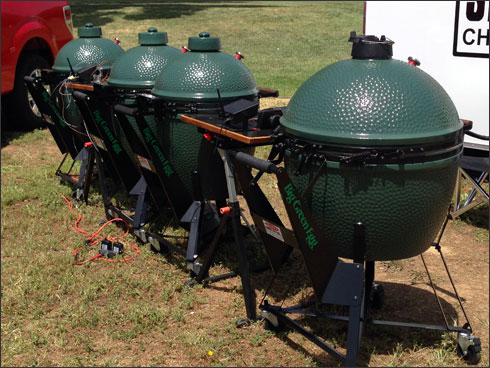 I couldn’t help but notice Smitty’s Smoke Patrol and their four Big Green Eggs – Now that is some serious dedication/cash! I was told that due to the focused heat of the egg’s ceramic shell, it does a great job of holding low temperatures, making it an excellent smoker. 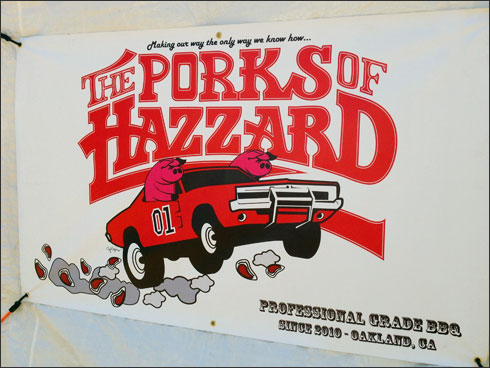 My favorite team name from the event – The Porks of Hazzard, Loved it! 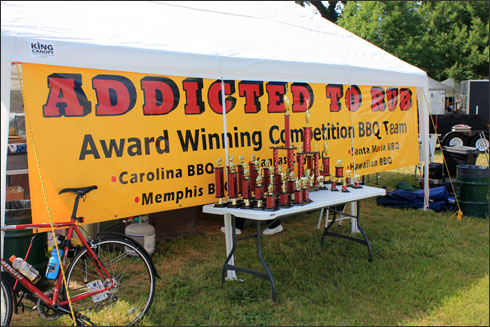 The trophies were lined up and waiting to go home with winning teams. 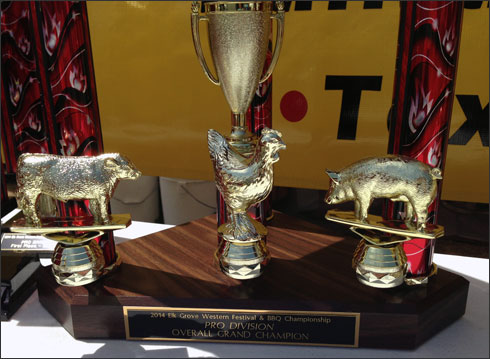 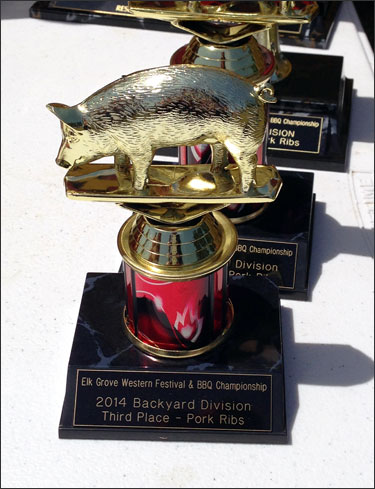 I wasn’t able to stick around to see the winners accept their awards, but according to the Elk Grove Citizen, the Smokehouse BBQ team won the Kansas City event and is now eligible to compete in this year’s American Royal National Championship. Rob’s Smokin Rub BBQ Crew won the backyard division amateur contest and Elk Grove police’s team led by Police Chief Robert Lehner won the Guns & Hoses BBQ competition beating out the Cosumnes firefighters. 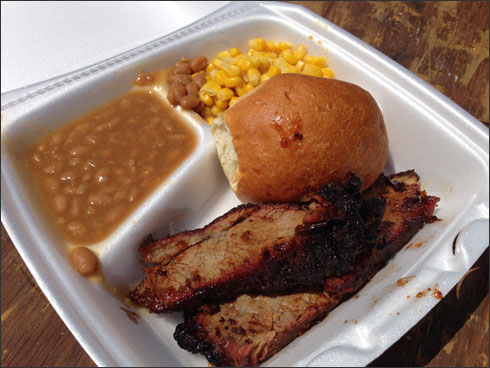 Mmmmmmm BBQ. We ended up waiting in line for what seemed like “forever” to purchase a competitor’s plate. As we neared the front, they ran out… so we ended up sampling from another BBQ vendor in the food area at the festival. Some of the competitors did offer up ribs as samples as you walked through the venue, but we arrived on Saturday just before entries were to be submitted, so it was crunch time for many of the teams. 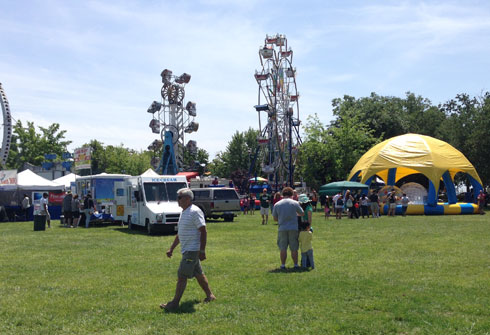 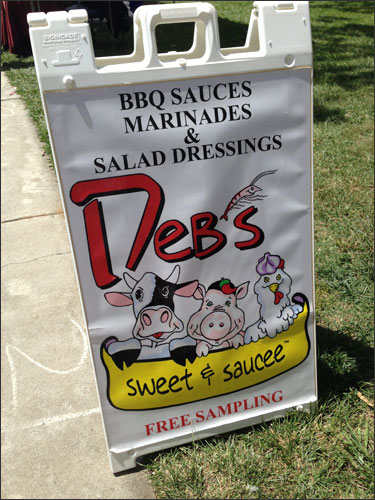 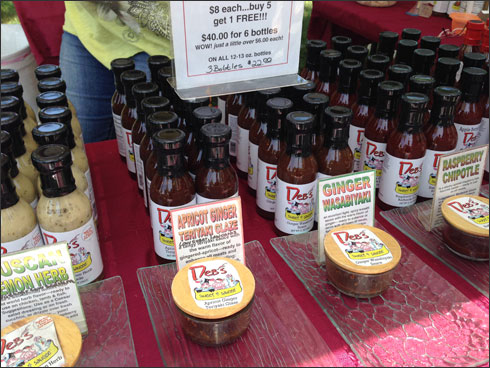 We walked through the other areas of the festival and I ended up purchasing some sauces to get my own personal BBQ/grill on. The Apple Bacon Mesquite will be perfect on chicken and I’m looking forward to trying the Apricot Ginger Teriyaki Glaze on some salmon. 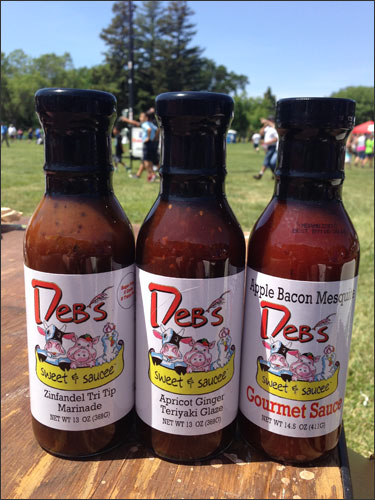 It was a fun event and I’m hoping the BBQ Competition will be back again next year. I’m also hoping they iron out some of the craziness of the lines and actually getting to sample some of the BBQ’d meats would have been nice.

What’s your favorite thing to BBQ? For me it has to be chicken… it’s pretty much the only way I like to eat it. My late grandfather had an amazing BBQ sauce and my brother and I have been using his recipe with some modifications over the years. While I am not confident enough to enter any type of BBQ competitions or contests, I did enjoy watching my brother several years back as he placed at a local event with his signature ribs.

My biggest advice if you are just starting out – get a meat thermometer,  it has been life changing. While I don’t have a Thermapen like Alton Brown and some of the pros from Saturday, I think any thermometer is better than what I used to do – cut the meat multiple times to check for doneness, allowing all the juices to escape. Not to mention… the meat always looked like I had prepped it for a 3 year old. For the record, I have a Polder digital thermometer.

Permanent link to this article: http://foodiddy.com/?p=9898