October 2012 was my first Lee’s Sandwiches experience with my friends Paul and Tom. It was life changing. O.k.. so maybe it just started my obsession with the Bánh Mì – Vietnamese Sandwich.

We don’t have Lee’s Sandwiches here in Sacramento, so I have to go to San Jose to get my fix. I know they have other locations, but I also enjoy visiting friends since I used to live there. We ordered the grilled pork, so I knew that was what I was on the hunt for here in Sacramento, a good Grilled Pork Bánh Mì Sandwich please.

Bánh Mì (Pronounced Bun-Mee, Vietnamese for ‘bread’) is the fusion of a French baguette and Vietnamese flavors. Bread was first introduced to the Vietnamese in the late 18th century, when Vietnam fell under French colonial rule. The first Bánh Mì was a French baguette with butter, ham or pâté — the traditional, minimal Parisian sandwich. At the end of French rule in 1954, the Vietnamese people began to apply their own influence on Bánh Mì – Butter was replaced with a mayonnaise-like spread, cured hams, pickled vegetables, cilantro and fresh chillies were also added for heat and flavor. The states were first introduced to Bánh Mì with the influx of Vietnamese refugees in the late 1970’s and 80’s following the Vietnam War. The Vietnamese refugees set up small bakeries producing Bánh Mì for their community, but as time went on it started to become very popular outside these communities. 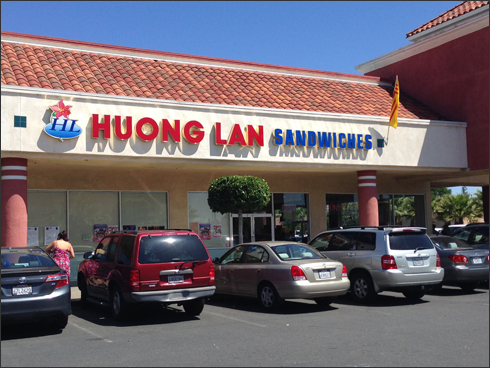 My girlfriend Gail is working on a project and I’m assisting with the website. On one of the interview days, Gail’s friend brought her and the videographer Bánh Mì sandwiches. She briefly mentioned it to me… not knowing about my slight obsession with finding a “Lee’s” equivalent.  She emailed a few people and got the name of the place and an additional one to try. I had already done some yelp searches and had two in mind to try, just hadn’t gotten around to trying them. The search was on. 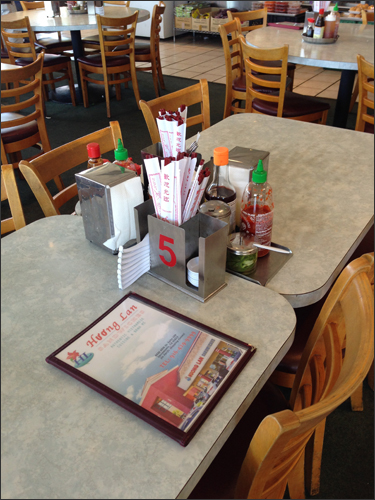 Turns out, the two recommendations that Gail got, were the two on my list based on yelp reviews. First up was Huong Lan Sandwiches located at 6930 65th Street in the Pacific Shopping Center. Parking was a little difficult, the place was packed. I read online that Saturdays are even worse, so be prepared to walk a bit once you find a space. 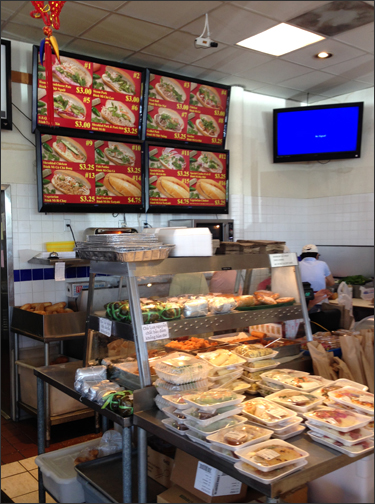 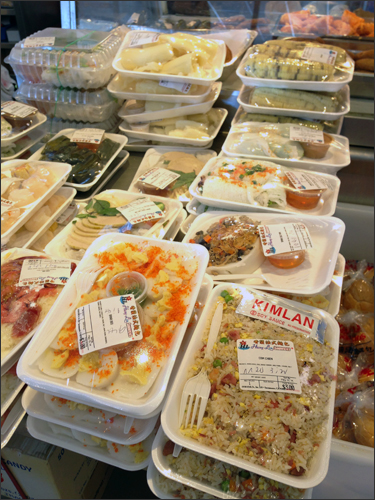 You have the option of ordering off the menu and sitting down, or you could join the massive line at one of the front counter registers. From what I could tell, one line was for drinks and the other was for sandwiches. In my mind… big lines and huge orders are a good sign. Gail and I ordered one grilled pork (#7) to split, because we knew we had a second location to go to (the place she sampled the day of filming.) 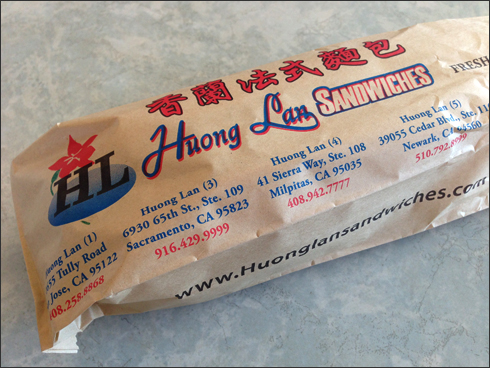 The “to go” version comes in a bag – looks like my San Jose peeps can check out the Tully Road location to compare as well. 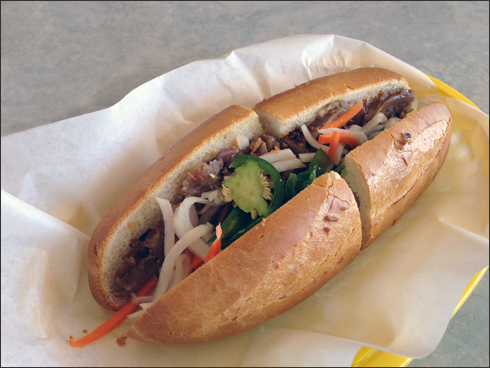 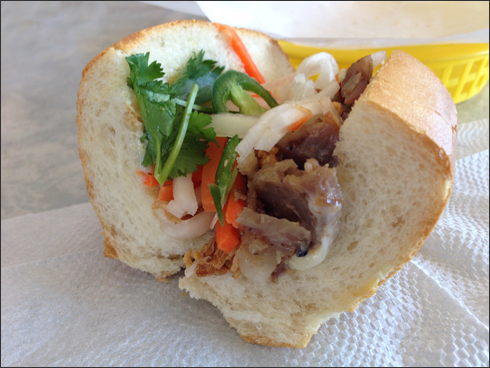 You can’t beat the $3.25 price tag. The bread is key… a super crusty roll with a soft interior… think Cap’n Crunch mouth damage… in a good way. This was a favorable comparison to Lee’s, but I felt like the carrots and daikon could have been pickled more. The sandwich came with onions, cilantro, pickled carrots, daikon and thinly sliced jalapenos. The addition of more meat for .50 cents would have been worth it. I really did like the sandwich, but was excited to try the next place. 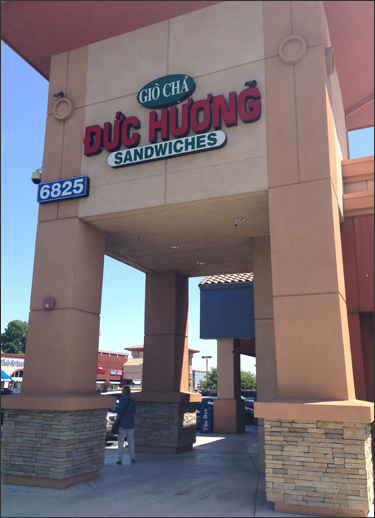 Duc Houng Sandwiches – located at 6825 Stockton Blvd. in the Asian Pearl Shopping Center was our next location. The first difference I noted was better parking, but the place itself had less seating at shared tables. We walked in and the fresh bread smell was amazing. This is also a cash only place, so be prepared for that. 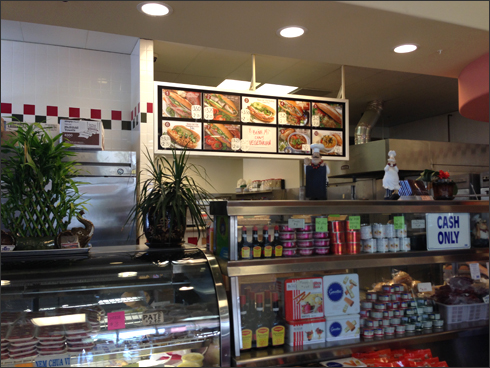 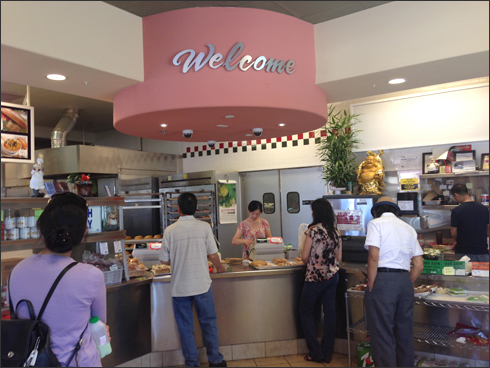 We ordered a #1 Banh Mi Dac Biet – Combination Pork (this is the sandwich Gail had already sampled) and then we ordered another Grilled Pork – Banh Mi Thit Nuong #3 for comparison. It was .25 cents more than Huong Lan Grilled Pork with a price tag of $3.50. Still pretty damn good compared to other sandwich shops in Sacramento. After ordering, the cashier asked – Have you had a #1 before? We both looked at each other… and Gail said, “yes” – the cashier then shook her head and we were left there thinking, WTF? Did she think we would freak out over the Giò Thú? (Headcheese) – pork ears, tendons, skin, fats and other extra pork head meats – the combination sandwich contains pork roll, headcheese and/or cold cuts. Gail loved it, I tasted it and thought it was pretty good myself. 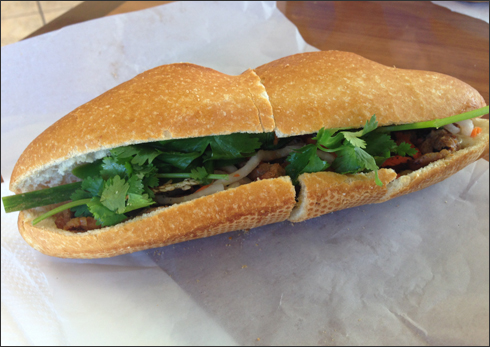 The bread was a bit smaller in size, but the outer crunch factor was higher. The pork pieces were thicker, and the sandwich included cucumber, Houng Lan’s did not. I felt like the carrots and daikon were pickled more (which I loved) but the meat flavor was quite different than Houng Lan’s and Lee’s. I also noted that the sandwich in general was a tad dry.  One advantage at Duc Houng is you can order two different sizes. You can get a smaller one for $1.75. Hmmm… Not sure who wouldn’t be able to finish a regular size, I could have had two. The jury is still out on which of these two were better. 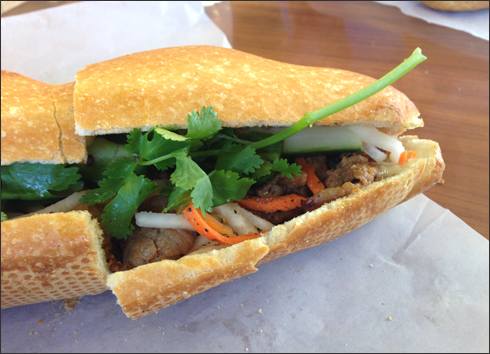 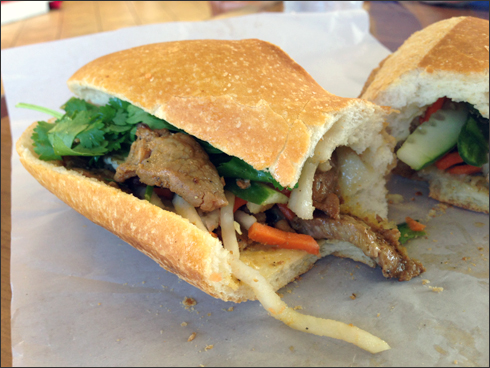 I still love Lee’s Sandwiches more than either of these places, but the short drive makes up for a very small difference in taste. I would go to either place again. For my Sac readers… am I missing a gem? Should I be trying another place?

Permanent link to this article: http://foodiddy.com/?p=9844