I had the pleasure of attending the “Meet the Fabulous Beekman Boys” cookbook signing and recipe tasting at Williams-Sonoma last Friday. My fellow cookbook junkie/chef stalker, partner in crime, Kristen and I set out on our adventure to the Pavilions Shopping Center in Fair Oaks, CA. We wanted to arrive early so we could get a good place in line. We ended up being 3rd and 4th in line, so the planning paid off.

I first stumbled upon Brent and Josh’s reality TV show “The Fabulous Beekman Boys” back in 2010 and was immediately hooked. While the show is no longer in production, you can catch re-runs on The Cooking Channel or you can download seasons on Amazon. 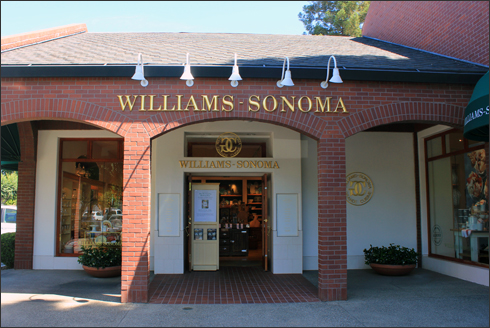 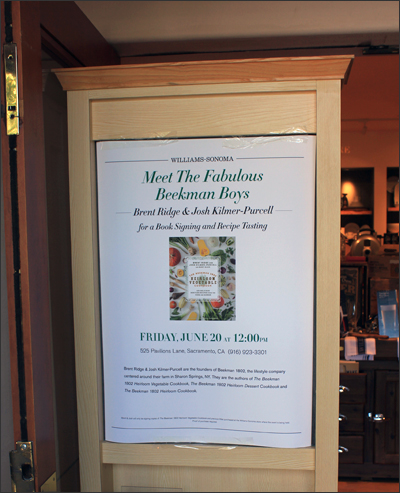 Brent Ridge and Josh Kilmer-Purcell are the founders of Beekman 1802, the lifestyle company centered around their farm in Sharon Springs, New York. Their website is filled with lots of information, including the history of how their business got started.

When Josh Kilmer-Purcell (advertising executive and NY Times Bestselling author) and his partner Brent Ridge (physician and former Vice President of Healthy Living for Martha Stewart Omnimedia) purchased the historic Beekman 1802 Farm in 2007, they had no idea that it would launch one of the “fastest growing lifestyle brands in the country.” (source: Nasdaq) Originally just a weekend getaway from their hectic NYC lives, the farm became their lifeline after both men lost their jobs within one month of each other during the recession of 2008. Faced with possible foreclosure, the pair made a decision – if they were going to save their farm, they would have to make it profitable.

After taking in a neighboring farmer and his herd of beloved dairy goats, Ridge and Kilmer-Purcell began producing soaps and cheese. As other neighbors taught them how to farm, Ridge and Kilmer-Purcell shared their city-honed skills – starting a website and Mercantile. The men began working with several other local farmers and artisans to market their goods, and the entire village came together to host seasonal festivals, which are now attended by thousands of visitors from around the globe. – Source: Beekman 1802 Website.

While waiting in line for the cookbook signing, several fans shared that their Blaak Cheese is out of this world. Fellow fans talked about getting on waiting lists and splitting wheels with family and friends. I would love to try some! A few of the girls in line raved about their Mortgage Lifter Heirloom Tomato Pasta Sauce. Many had also read Josh’s books and one couple had even visited the farm. 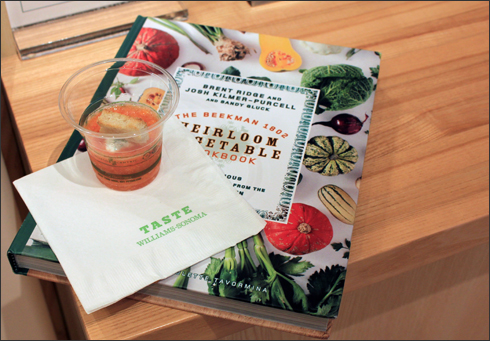 We got to sample some Golden Gazpacho with Minted Cream, a recipe from their new – Beekman 1802 Vegetable Heirloom Cookbook: 100 Delicious Heritage Recipes from the Farm and Garden. The gazpacho was delicious and refreshing considering the near 100 degree temps outside that day. 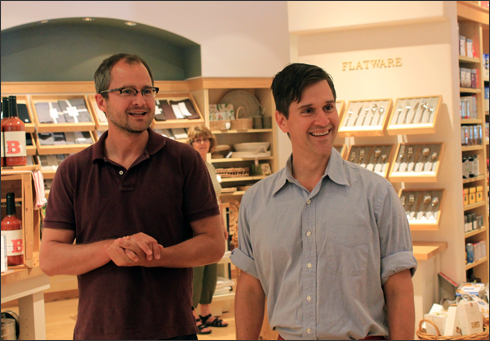 Josh and Brent answered many questions from the crowd before the signing. Two of the sweetest guys, so genuine, we just adored them.

In  2012, they entered as contestants and won the $1 million grand prize on CBS’s “The Amazing Race.” I gave up on watching Amazing Race a while back, but Kristen watched their season and cheered them on. They talked about the winnings enabling them to both live on the farm full-time and how wonderful that has been. They joked about being together 24-7 and not wanting to kill each other, so yes… that’s a positive thing, ha-ha! 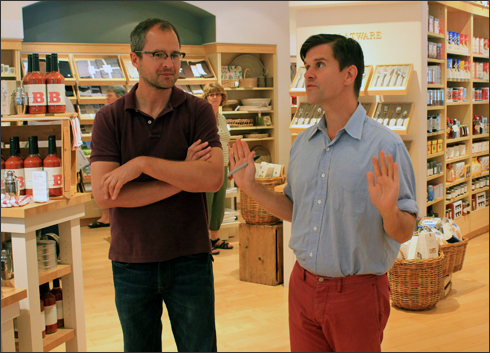 Someone asked if they would ever do another reality show or bring back “The Fabulous Beekman Boys” and they said that they have been contacted about other possible shows, but they weren’t the right fit and they were focusing on their business right now… most wanted to know if they were ever going to have a baby, how many babies? …and when that might happen… They laughed and then shared that their dog is their baby. I can definitely relate to that.  Kristen also pointed out that they had a whole farm of goat babies and they agreed. Fans asked about Polka Spot the llama (they said she’s doing well and still a diva) and John the farmer and the goats.

After a bunch of questions were asked and answered, they started signing cookbooks. 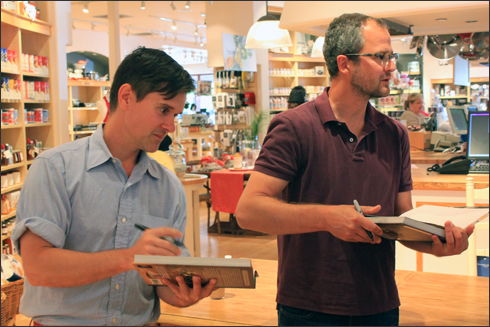 They took the time to talk to each and every fan. Josh gave Kristen a big hug and they chatted about Sacramento. It was their first time visiting. 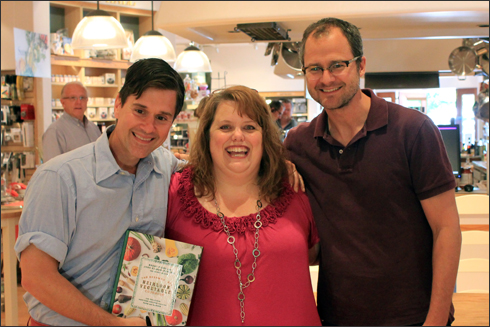 We chatted about the blog and how excited I was to make some recipes from the book. They asked what recipes caught my eye and told me to email them or post to Facebook when I blogged about one of them. Super cool! 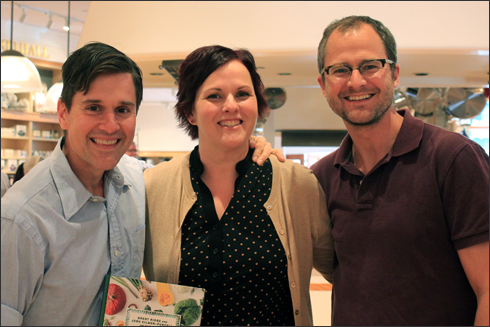 We had such a great time at the event. They encouraged all of us fans to come visit them on the farm – not because we are super special… although we’re pretending that is the truth –  the farm is actually open to the public. Now that would be an incredible trip! Kristen and I are putting it on our bucket lists. Hmmm, guess I should actually start a bucket list, LOL. 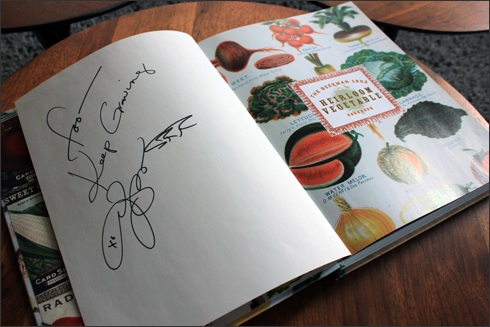 Speaking of visits… After the signing, I drove to the bay area to hangout with my friends Paul and Tom for the weekend. We made one of the recipes from the cookbook and I’ll be posting about that next. I look forward to making many of the recipes and I promise to share highlights along the way.

Permanent link to this article: http://foodiddy.com/?p=9924