Part of my big blog/baking/cooking day with Carolyn included making something sweet to cap off our carrot pickling and sandwich adventures. Carolyn suggested something with oatmeal and then we found Anne Burrell’s recipe on The Food Network website for Oatmeal Cream Cheese Butterscotch Bars. SOLD, we gathered supplies and gave it a go. 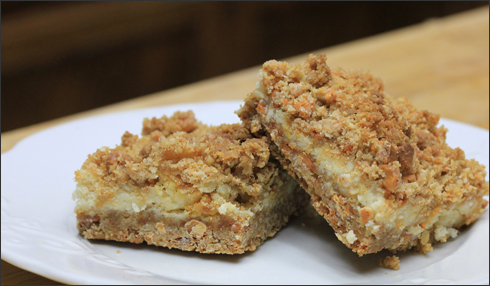 While I’ve never really connected with any of Anne Burrell’s Food Network shows, I do like the style of food she cooks and have tried several of her recipes. 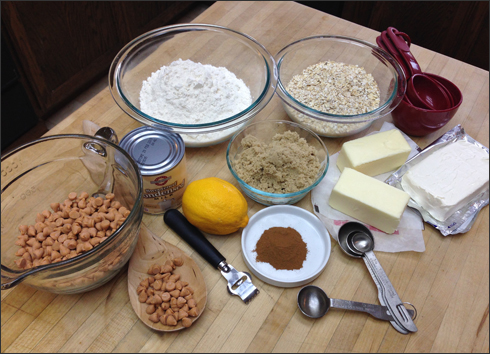 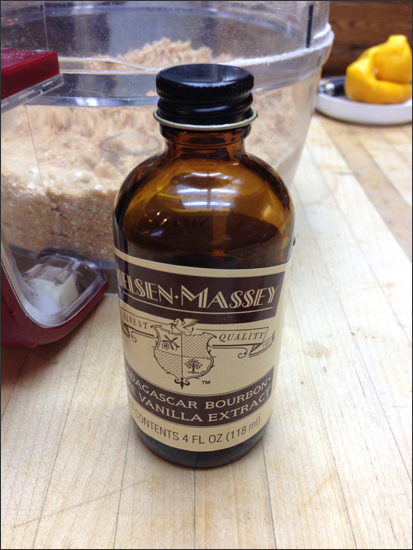 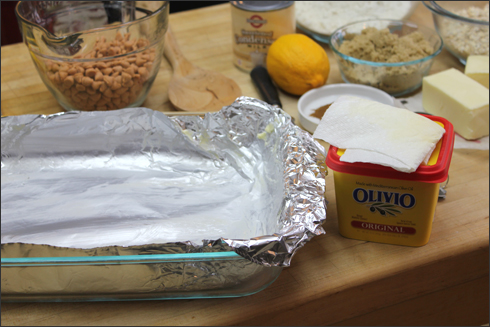 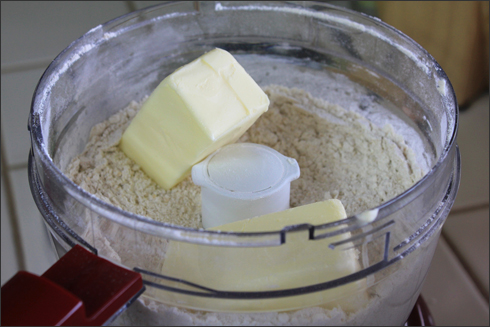 We skipped the cut butter into pea-sized pieces part… and actually started off using the mixer instead of the food processor, whoops! It was getting late in the day and one of us started getting punchy. It also could have been the adult beverages. FUN! Exactly how cooking or baking should be. Did skipping the pea-sized pieces make a difference? Maybe… did our oatmeal crumble turn out to be delicious, absolutely.

I may or may not have extracted a small handful of butterscotch chips straight into my mouth. 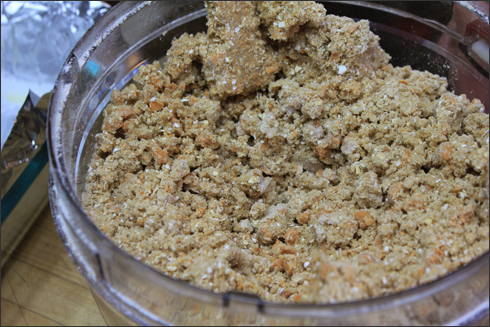 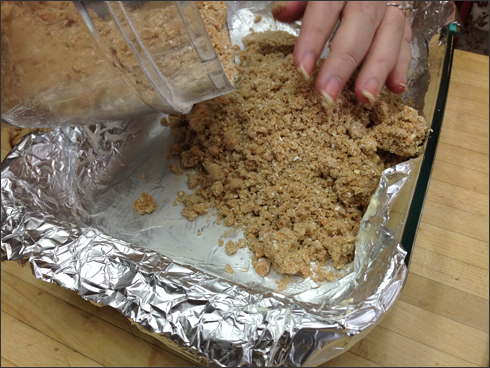 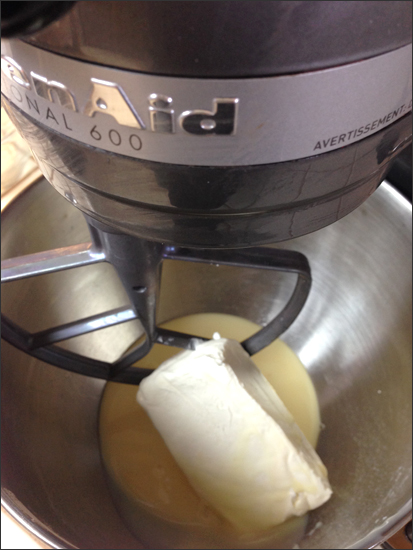 We used the stand mixer to beat together the cream cheese, condensed milk, lemon zest and juice and vanilla. I missed the photo op of the cream mixture in the middle before more of the oatmeal crumble was added. We did have some lumps, but I don’t think it changed the texture or taste one bit. 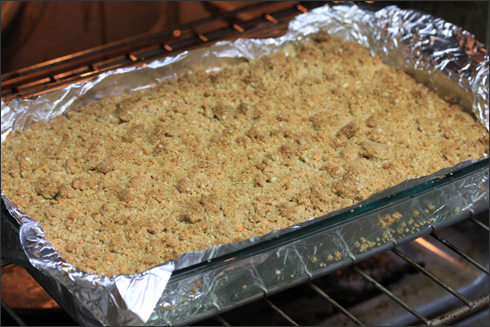 I did manage to get the oven shot… We baked at 350° F until the top was golden brown, about 40 minutes. We let the bars cool for a good 45 minutes before placing them in the fridge for a few hours to harden up a bit before cutting. 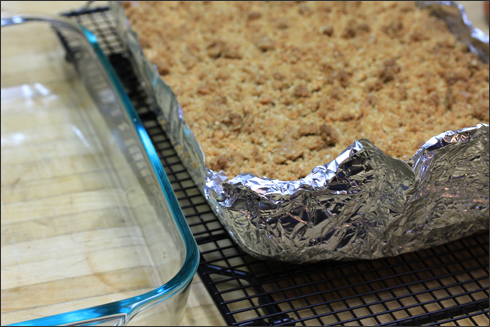 The foil transfer went o.k. – there was some corner breakage, but we ended up cutting the corners off and I’m pretty sure Carolyn used that as an ice cream topping – genius! 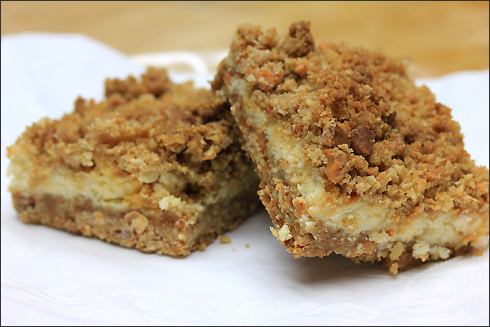 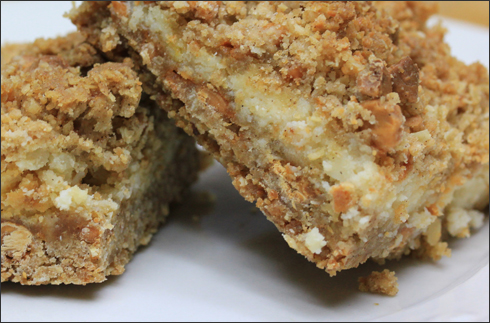 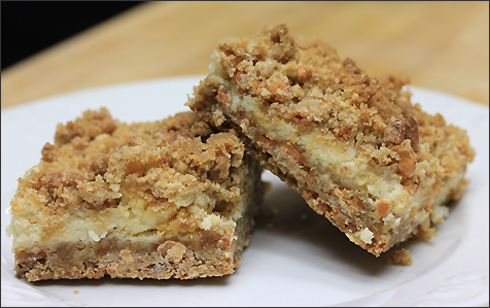 We were both exhausted and had cleaned the kitchen 3 times already… so we went to sushi for dinner. The entire time I was eating sushi I was thinking, save room for butterscotch bars, save room for butterscotch bars. I ended up eating 2 bars and knew there was no way I could take a plate home because I’d probably eat them for breakfast, lunch and dinner for days. Dessert with every meal… why yes, don’t mind if I do. So I said goodbye to the bars and knew they would be enjoyed by others.

And now I want another bar…

Permanent link to this article: http://foodiddy.com/?p=9579