My first 49ers game with a side of truffles

Old cookbooks and why I think they are cool… 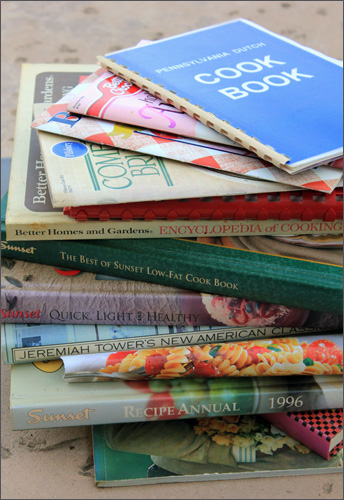 Some family members were in the middle of packing up their house to move and I got a phone call… Kath honey… would you have any interest in some old cookbooks we have laying around? UM YES! I didn’t even need to ask what the titles were… because what I’ve learned through antique and collectible hunting over the years is that you can find a true gem of a recipe, or inspiration to create your own, in just about any cookbook you thumb through. 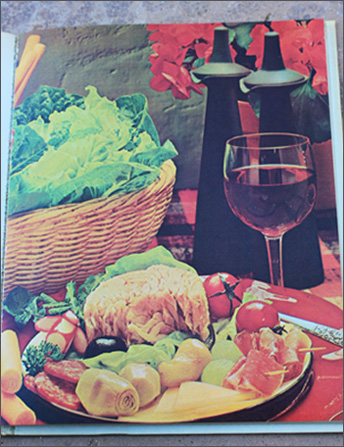 The artwork and styling alone are enough to keep my interest long enough to enjoy turning page after page. Does that not look like a can of albacore dumped on a plate? I’m sure it took hours and hours to style the plate… but wow, the appetizing factor for me in 2013 is pretty low… although, it most likely would have rocked back in 1978 when the cookbook was published. 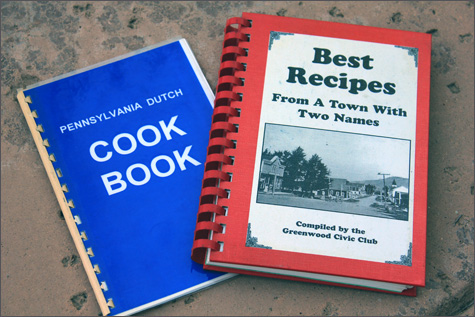 Best Recipes From a Town With Two Names – The quaint little town of the Mendocino Coast in California, now known as Elk, was once a thriving lumber town with the name of “Greenwood”. Among the first settlers to the town were the Greenwood brothers, who lent their name to the lumber town while using their skills as hunters and trappers to supply the lumber camps with fresh meat. One of the brothers, Britton, became a successful rancher in the area.

When the town applied for a postal designation in 1887, it was found that a town in Eldorado already bore the name of “Greenwood” after one of the other brothers had settled there. As it was already recognized by the post office, the name couldn’t be used again in California. Another name had to be selected… As Elk Creek ran nearby, and many elk roamed the area, the name “Elk” was chosen.

The town of Elk – still referred to as ‘Greenwood” by many locals – now is home to bed and breakfast inns, small cafes and a wonderful state museum. The cookbook compiled by the Greenwood Civic Club came about as a fundraiser to help keep activities for the community going strong. All recipes were submitted by locals and their names appear next to them.

The cookbook also contains several black and white photos from the late 1800’s and early 1900’s. One of my favorites is a photo of Mrs. Ballantine’s Candy Store taken in 1898,  and a menu reproduction from 1871-1884 – where you could get a Porterhouse steak for 20 cents and eggs and oysters could be ordered for breakfast, lunch or dinner. 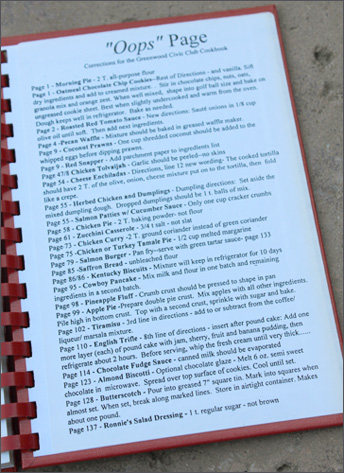 I love that the cookbook contains an “Oops” page – makes it that much more charming. Most mistakes are in measurements or missing ingredients – pretty sure that happens in lots of cookbooks, heck… I’ve even left off an ingredient by accident on this blog.

The Pennsylvania Dutch Cook Book is filled with lots of lard and butter laden recipes. I’m thinking that the Pennsylvania Dutch eat pies for breakfast, lunch, dinner and in between snacks – my kind of people. The book is filled with line art and sayings… De mad mit dika boka hen hartsa we do woka  – “Girls with fat cheeks have hearts like flint.” – Hund as gautze beisse net.  – “A barking dog seldom bites.” Wammer flucht iberm fische fangt mer nix – “If you swear while fishing, you will not catch any fish.”

Lots of laughs were had as I read through the sayings…

I pulled another cookbook from the stack and found a recipe for a “Jewish Sour Cream Coffee Cake” and I know I will be trying that. 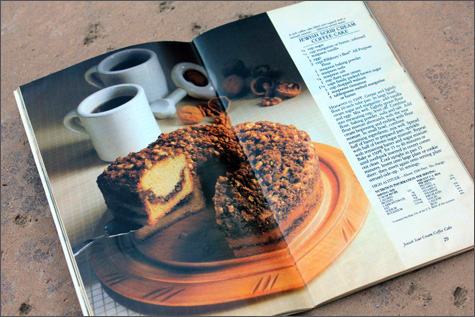 I love my new/old cookbooks and look forward to trying some of the random recipes soon. A special thanks to my Aunt and Uncle for the gift of history and continued culinary inspiration.

Permanent link to this article: http://foodiddy.com/?p=9173