Cooking with Lavender – Part I

A couple of months ago I received an email from a friend inviting me to take part in a culinary adventure. She had been wanting to get a group of girlfriends together to cook and share different techniques, ingredient use and found recipes. 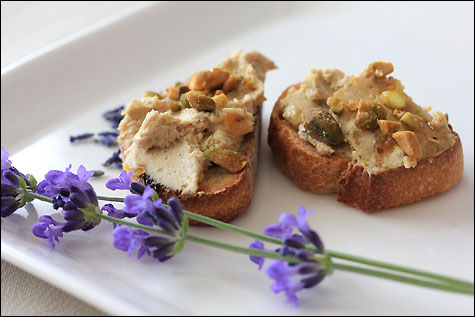 How it started… Kim was sharing a meal with her daughter that ended with a lavender and strawberry shortcake dessert with lavender infused whipped cream – She thought it was delicious. This started her quest to learn more about growing her own culinary lavender. Kim wanted to share what she had learned with all of us and I was happy to accept the invite. 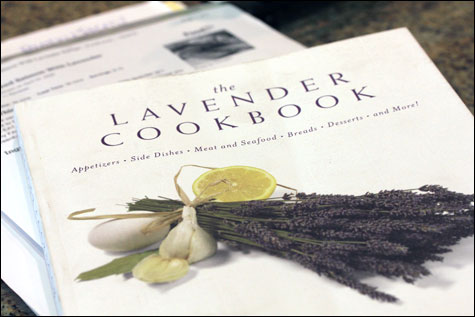 She purchased some organic lavender plants from an herb farm in Vacaville, CA. She grew them, harvested them for bundling and drying and did a bunch of research to help plan our menu for the evening. The emails were flying back and forth and just like that, our new gourmet group was formed. 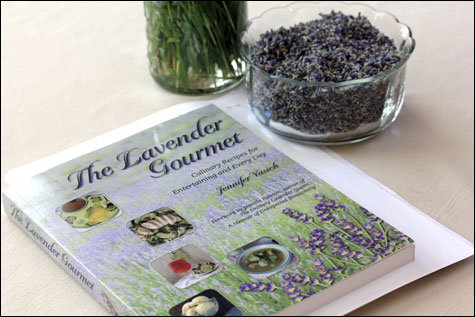 Cooking with Lavender was our first topic, and I’m hosting the second – any ideas or suggestions? I was thinking about using corn. One of the group members voiced some concern over it being too limiting. I’ve actually found some pretty cool recipes and so has Kim, so it might still be an option – maybe combined with something else to make everyone happy. 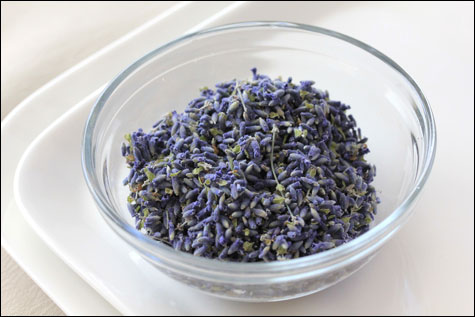 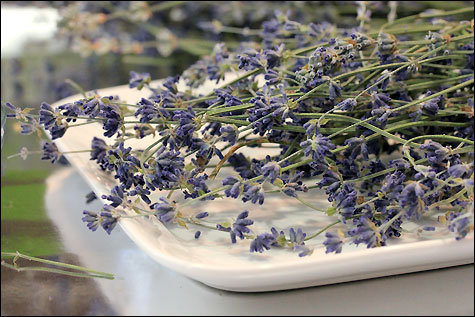 She had also purchased some from a boutique for comparison. 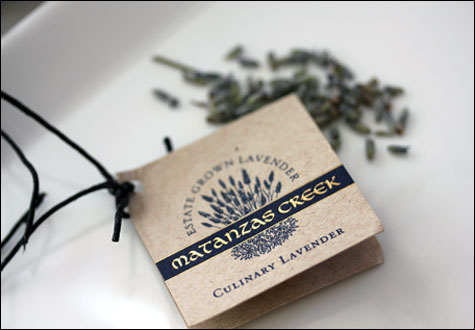 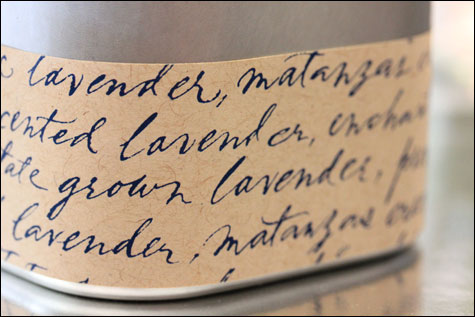 She explained that a little goes a long way. Our biggest concern of the evening was to not create a bunch of dishes that tasted like potpourri. The potency of the lavender increases with drying, so we used very little – sometimes questioning… Can you even taste the lavender?

Our menu for the evening started off with Lavender Lemon Drop Martinis. 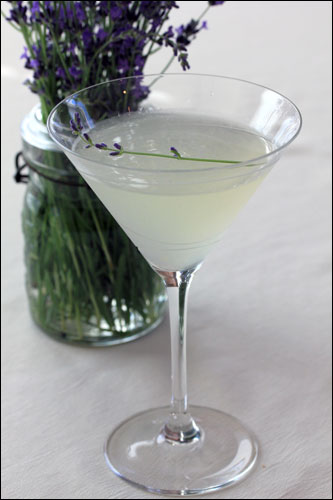 Directions:
Simple Syrup (1 cup water, 1 cup lavender and a tablespoon of culinary lavender buds – strained after you are done heating)
Add all ingredients in a martini shaker full of ice. Shake to combine and strain into the prepared martini glasses. Garnish with a sprig of lavender.

Note: My martini was made with 1.5 oz. of vodka and 1.5 oz. of water after coughing when I took the first sip of the strong one. Ha! Ha! – I’m a total lightweight when it comes to drinking hard alcohol. 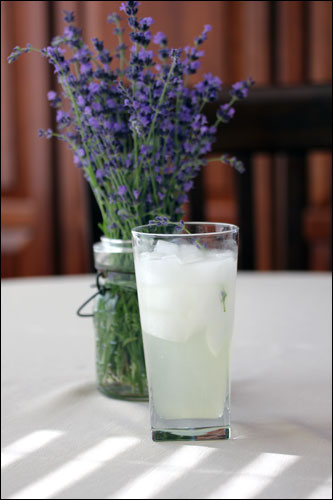 I switched to lavender lemonade as the night went on. Kim used the same lavender infused simple syrup and fresh lemon juice for my lemonade.

Next on the menu was the most incredible appetizer ever… Goat Cheese and Lavender Crostinis – No joke, I probably ate 10 of them. 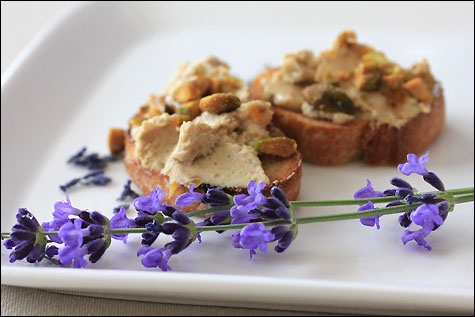 I don’t have the ingredient amounts, Kim made the appetizers ahead of time and went by taste, not a recipe. A small amount of ground lavender was added to the goat cheese, along with fig jam/butter and chopped dried apricot and then mixed together. The baguette was sliced and toasted and then the cheese mixture was spread on top. Pistachios were then sprinkled and honey was drizzled over everything as the finishing touch.

We also had Roasted Olives with Lavender and Truffle Oil. I unfortunately failed to get a photo.

They were served on a pretty glass plate.

The third appetizer of the night was a lavender goat cheese served with Trader Joe’s Raisin Rosemary Crisps. All three appetizers were absolutely delicious.

Three appetizers and cocktails was a pretty fun way to start off the evening. We all took turns creating the dishes assigned to us. I will post the other courses in part II and III. I probably ended up with over 100 photos. Rounding up the recipes has been the hardest part – I think I’ll make little booklets for our next group get together or then again… I could take better notes.

Have you cooked with lavender before or tasted any dishes that used lavender? I really thought it would overpower everything, but it was such a nice compliment. Kim sent us home with our own jars of lavender and I look forward to experimenting in the kitchen with mine. 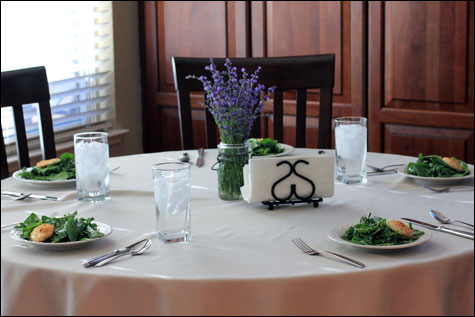 Cheers to a wonderful night of cooking and dining with good friends… Thanks Kim for the idea and including me in the group.

Permanent link to this article: http://foodiddy.com/?p=7675