I was thumbing through my September Everyday Food Magazine and came across a simple recipe for Baked Plantain Chips. I’ve tried several different brands of banana chips from Trader Joe’s and Whole Foods, but I’ve never made them. I’ve seen plantains in the produce section before, but have never tried one. I picked one up while grocery shopping on Saturday. I knew from the recipe that I needed an unripe (green) plantain. Not a problem, all they had was green plantains.

I preheated the oven to 350 degrees F. 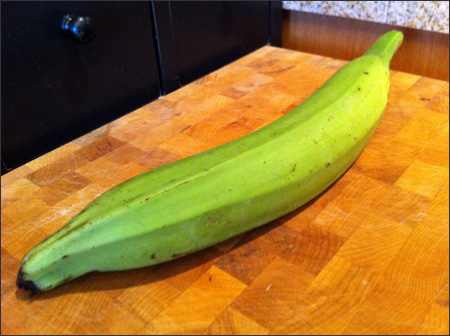 The first step was to peel my plantain. Thanfully, the same magazine had some how to steps that I could follow. The skin is super tough, you can’t peel it like a normal banana. You first slice along the seam. 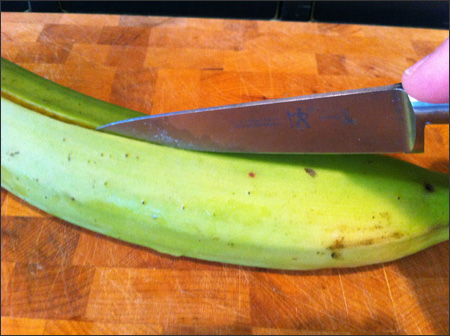 I had to cut pretty deep to get through the skin. 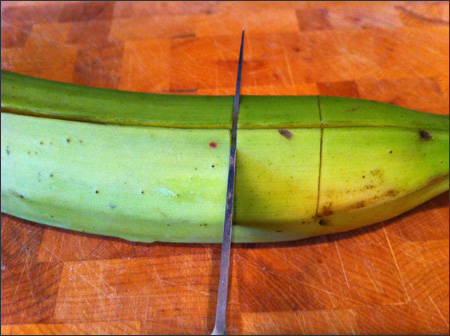 You then want to cut little windows from the seam cut. You can then use the tip of your knife to lift them from the plantain. 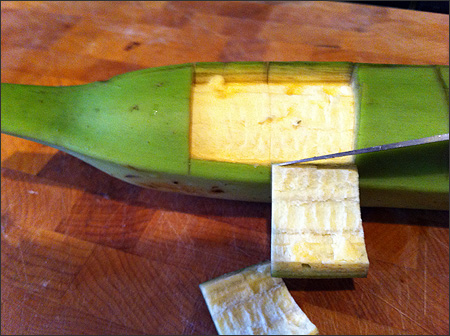 I had a couple windows take out huge plantain chunks, so my chips weren’t very symmetrical. 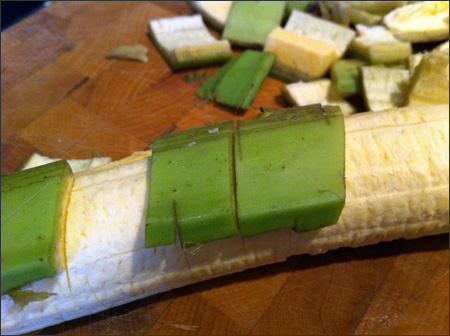 No big deal, the majority of my windows peeled right off. Most recipes I found online called for a mandoline, since I don’t have one, I used a sharp knife to slice my thin chips. 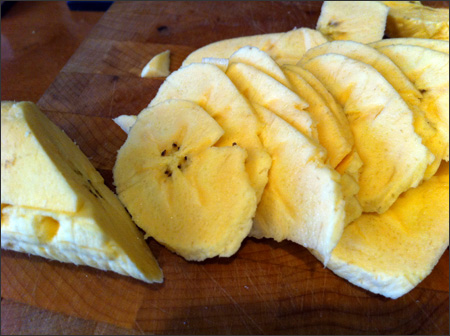 Next time I will probably go a little thinner – I liked the thinner chips of the bunch much better. 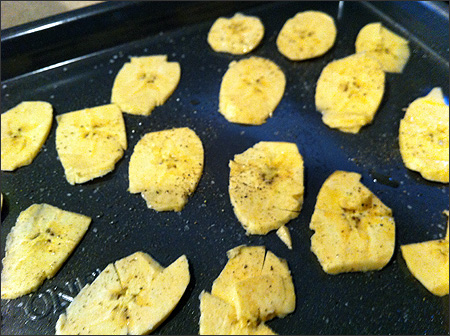 Sorry for the blurry photo… I used my iPhone and must have moved while taking the photo.

I got the plantains onto my non-stick baking sheet and sprayed them with garlic infused olive oil (The Everday Food recipe used vegetable oil). I gave them a pretty good coating on both sides and then I sprinkled corse salt  and ground pepper on them. I placed them into my 350 degree oven and set the timer for 15 minutes. I flipped them at 15 and then put them in for an additional 10 minutes. Probably should have just done 10 minutes per side, I overcooked them a bit. 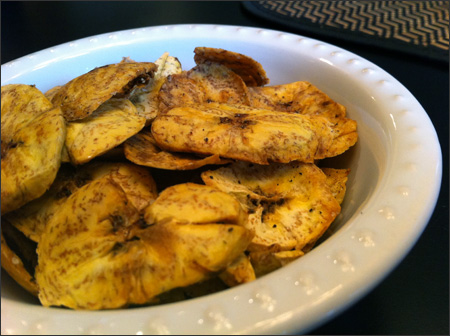 I was trying to explain the taste to Dan – he wasn’t interested in trying them, just not his thing. They had a distinct taste and texture to them – I compared it to corn nuts, minus the corn flavor. I really liked them and next time won’t cook them for as long. I could also see using regualr unripe bananas, canola oil, brown sugar or a cinnamon sugar coating on them for a sweeter version. 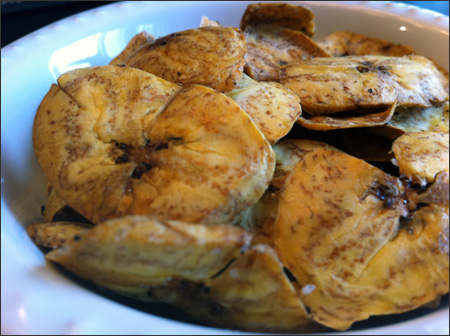 Anyway… it was fun to try something new and different. Next time I’m at the store, the plan is to pick up something else I’m not familiar with. Good times ahead.

Permanent link to this article: http://foodiddy.com/?p=2146