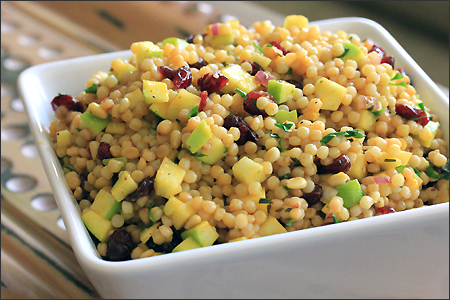 I had a package of Bob’s Red Mill Pearled Couscous in my pantry for months and thought a family gathering would be the perfect place to try out a new recipe. I searched the Internet for options and thumbed through a bunch of cookbooks. I ended up using a Giada De Laurentiis recipe as my base – but changed it up with substitutions and deletions – especially after reading some of the review feedback on the Food Network website. 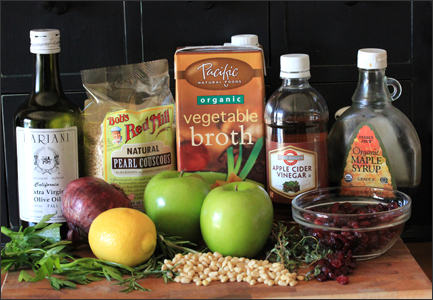 The salad can be served warm or cold – I really liked it either way. My family ended up eating it cold as a side dish to my brother’s amazing grilled pork tenderloin. 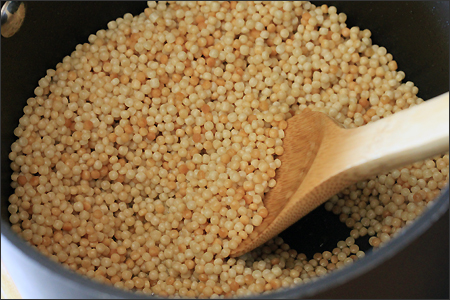 A photo of the couscous after cooking it in the olive oil. 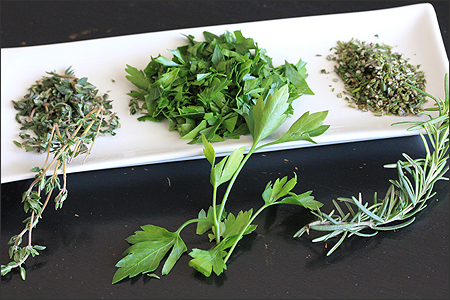 I’ve decided that thyme is indeed one of my favorite herbs. I simply love that it doesn’t overpower things when added to other herbs. If you aren’t a rosemary fan, you definitely will want to cut down on that ingredient – because it was a strong player in this recipe. 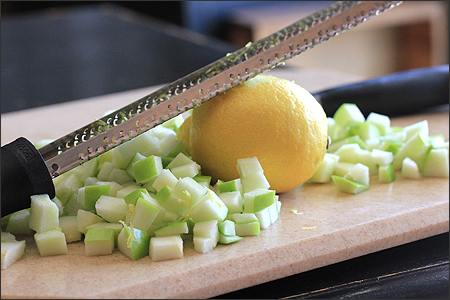 I diced up my apples (cut the apples into wedges and ended up eating 2 – so 1.5 apples were used) and then added a little extra lemon juice and zest before adding them to the couscous bowl. 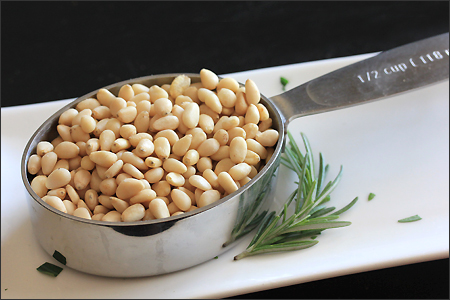 I had pine nuts left over from my pomegranate salsa – so I used those instead of Giada’s suggested slivered almonds from her recipe. 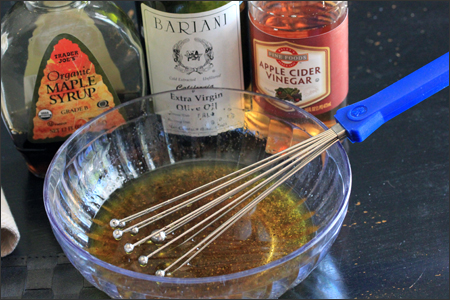 The lemon juice/zest really helped the vinaigrette – as did the addition of salt. You might have to play around with the measurements of salt and pepper – it’s personal taste on those. Giada’s recipe must have a typo… hers had a tablespoon of salt… that’s a whole BUNCH of salt – I also think where the majority of the negative review feedback stemmed from. 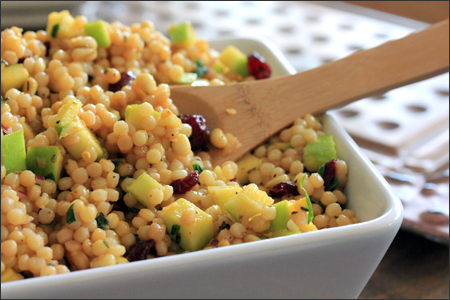 I thought the liquid was going to be too much, but it turned out perfect. If you plan on storing the dish overnight before serving, you might want to leave the nuts out until before serving – unless of course you go with a heartier nut. 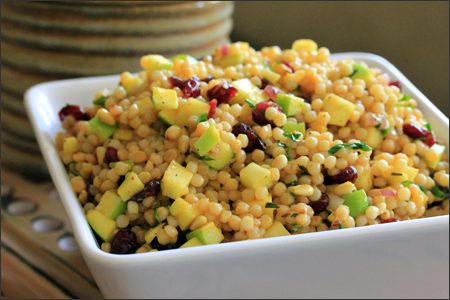 The Giada recipe stated 4-6 servings – We had 7 people and had enough left overs for 4-5 more. The salad was a huge hit with my family and would be perfect to bring to BBQ’s, picnics, potlucks, etc. I will for sure be making this dish again.

Do you have a favorite summer salad? I’m pretty partial to my Mom’s macaroni salad – I may just have to put the recipe here on Foodiddy… since I ask her for it every time I want to make it. 🙂

Permanent link to this article: http://foodiddy.com/?p=7370