To have and to hold, from this day forward…

A few months back during one of my co-op cooking classes, a few people at my table mentioned that there were some great Afghan restaurants in Elk Grove. I scribbled down the name of one and then forgot all about it until a colleague invited me to lunch this past Friday. He asked if I’d be up for trying Afghan food. I’m always up for an adventure, so I happily accepted.

I met my friend Chris at Chopan Kabob House. It’s a family owned restaurant that has been around for years. We were the only guests in the restaurant, so it was a nice opportunity to meet the owners, embrace my inner food blogger and relax with great food and conversation. 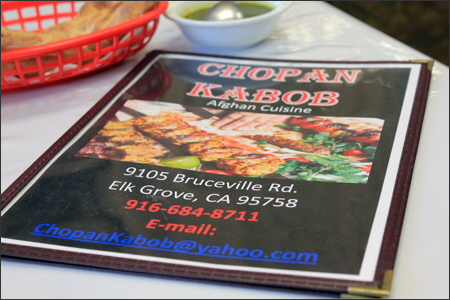 I opened the menu and pretty much let Chris pick what we were going to eat since he was familiar with the food. 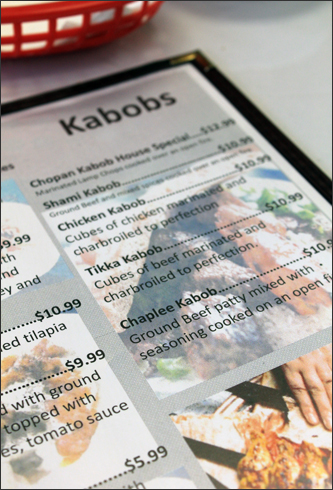 My concern was that I am pretty light weight when it comes to spicy food. The smells coming from the kitchen made me think the food was going to be too spicy, but Chris assured me that it was not. 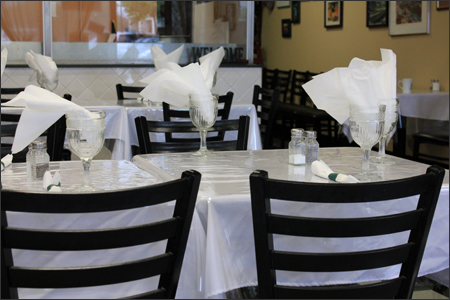 The restaurant is pretty small with less than 15 tables. They have a small raised area so you can dine on the floor with pillows – we opted for a window table so I could have decent lighting. I think it would be fun to sit in the raised area next time. 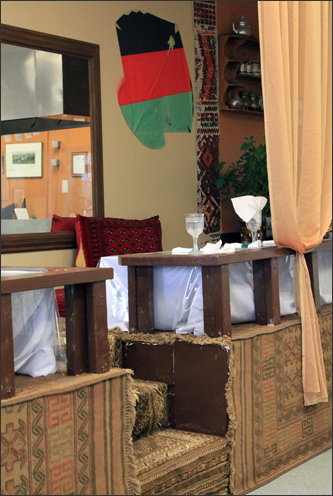 We started off with a basket of warm naan with a coriander and vinegar dipping sauce – I’m sure there were other things in the sauce, I just failed to ask. 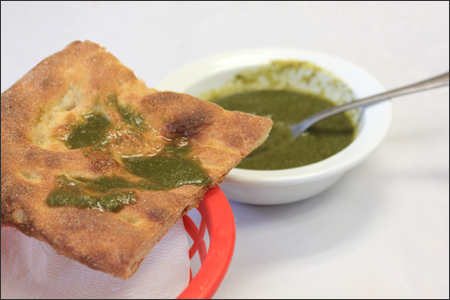 I honestly could have eaten several baskets of naan as my meal. Next up was the Pikowra – mixed vegetables tossed in a flour based batter and fried to perfection. Vegetable fritters = YUM! 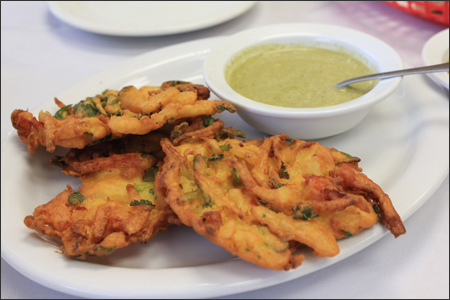 I probably should have asked what was in the sauce, but I just went for it. I tasted cilantro and vinaigrette, but not sure what other spices were used. It had some heat with a little zing! 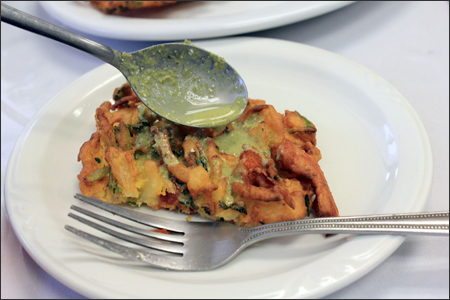 We ordered the Shami Kabob – Ground beef and mixed spices cooked over an open fire. 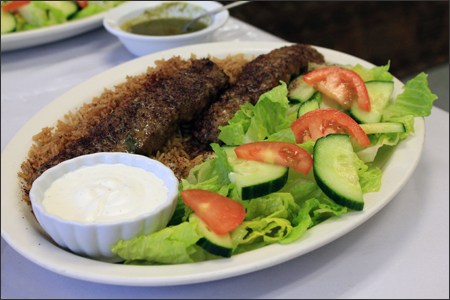 We also ordered the Chicken Kabob so we could split both (Cubes of chicken marinated and charbroiled to perfection.) 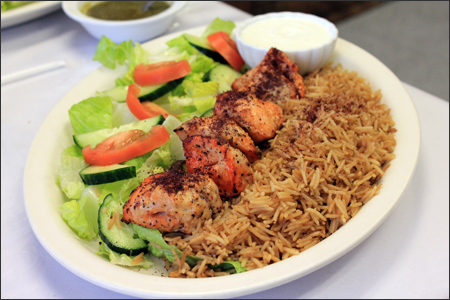 Both came with salad and rice. The dressing was yogurt based with cucumber, mint and spices. 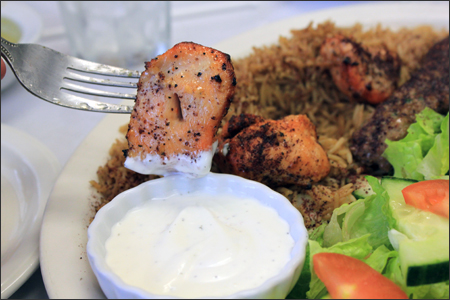 The chicken was really moist and flavorful. I had an entire “to go” box of leftovers for lunch the next day. Yelp people/reviews complained about the prices, but I honestly felt that they were pretty fair for what you got. Lunch specials would be nice, but the $10.99 price was comparable to the cost of a sushi lunch or soup and salad at other restaurants.

I will be adding this restaurant to my rotation of non-chain restaurants for sure. Chris also recommended a Moroccan restaurant for our next adventure – looking forward to that.

Are you a fan of Afghan Cuisine?

Permanent link to this article: http://foodiddy.com/?p=3928