I hopped on a plane to Seattle on Thursday. My flight was late due to my plane needing to be deiced in Seattle before flying to Sacramento. The weather in Sac was brutal too. I had hoped to park in overnight parking, but it was full. I ended up in the dirt/gravel economy lot and it was basically flooded. Awesome. It was raining so hard, my dress pants were sticking to my skin, even more awesome!

The high winds and bad weather did not make for a very smooth flight. I did however have a new book and snacks to keep me company. 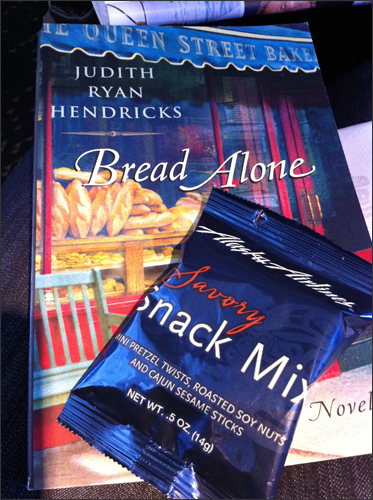 So far so good on the book – I’m excited that I also have the second one in the series – The Baker’s Apprentice.

I met my co-worker (Gail) in baggage (She flew Southwest, I flew Alaska) and we made our way to the car rental place. We had a few hours to kill before needing to work on our presentation. I drove us to Pike Place Market and we quickly ran through the place as merchants were closing up shop for the night. I’ve never been to Seattle, so I had to at least see “something” since I only had a few hours that I wouldn’t be working. Gail’s daughter recently moved to Seattle, so she’s been a bunch of times. 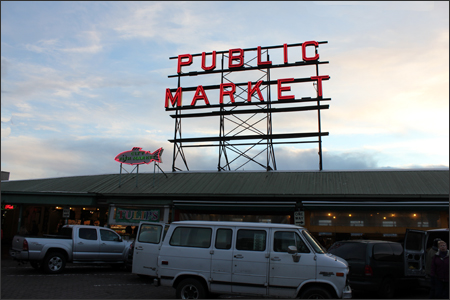 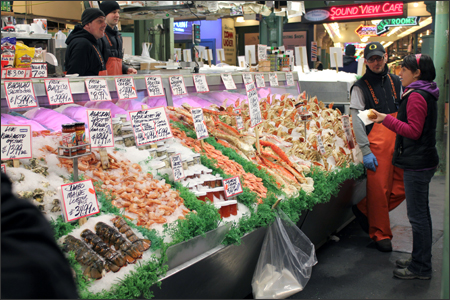 I got to see the fish guys do their thing – they were just finishing up with a crowd of people. 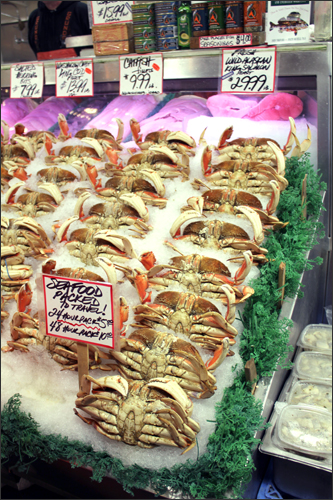 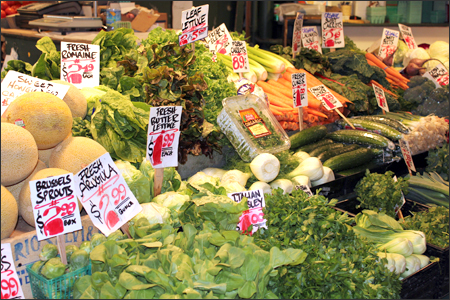 I wish I could have packed my suitcase full of produce and other items… everything looked so good! 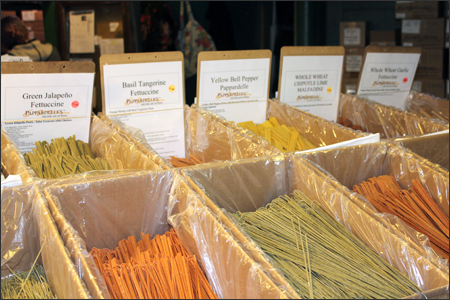 We sampled some chocolate linguine and it was very interesting. They suggested serving it with ice cream or caramel. Um… kinda of weird, but not sure how else you would serve it. 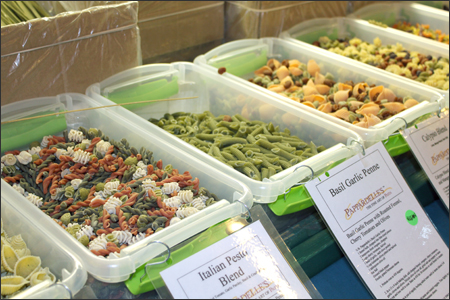 I was tempted to purchase some of the pasta mixes, but passed. 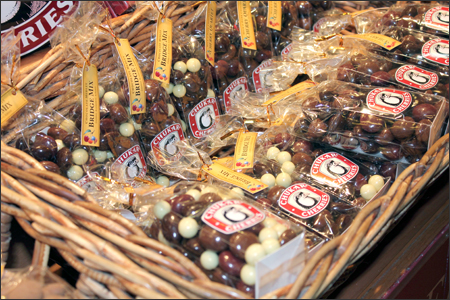 We went for the chocolate covered cherries. We got them to bribe teachers in our workshops – funny, we never broke them out. 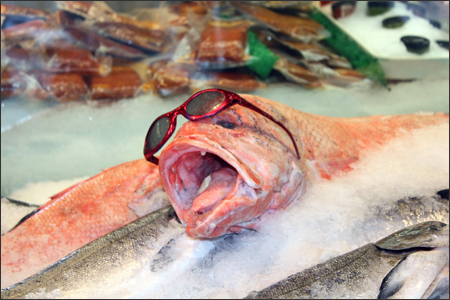 This fish with sunglasses actually freaked me out, yet I still took a photo of it. I swear it was more for Gail. ;).

We ended up at Cutter’s Bayhouse near the market. Since I had only eaten 1/2 a whole wheat English muffin and the snack mix on the plane, pretty sure they could have served me cereal and I would have been over the moon. 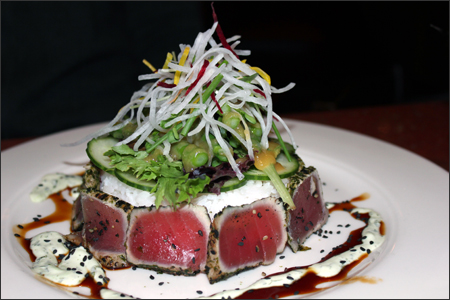 It was a Christmas tree of awesome. Gorgeous and delicious at the same time. I went with a less healthy option.  I’ve been eating so healthy – I just wanted to indulge in some comfort food. 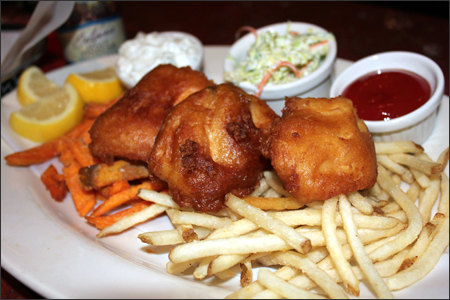 The Wild Fish and Chip Sampler – Manny’s Pale Ale beer batter, mahi mahi, salmon, ling cod, regular and sweet potato fries, cole slaw, lemon caper tarter and cocktail sauce. Super tasty and it definitely hit the spot on a cold day in a new city. The water view from the restaurant was nice. We were seated right by the window.

One of the chefs came out to chat with us. He was visiting from a sister restaurant in Portland and was intrigued by my photo taking. We had a nice little conversation and then were on our way to the hotel in Bellevue.  We got totally lost. Two iPhones and we still couldn’t find the place. I pulled over 5 or 6 times, we called the hotel, and still had problems. I was seriously ready to stay somewhere else, ha!

We did finally find the hotel and we spent the rest of the evening prepping for our keynote and workshops the next day. I am happy to report that the trip was a huge success! We finished teaching, returned the rental car and I hung out at the airport until my 8:00 p.m. flight home. Gail stayed to hangout with her daughter through the holiday weekend.

Next time I go to Seattle, I definitely want to see more. I’d love to meet up with friends that live there to explore the hidden treasures that the city has to offer.

Permanent link to this article: http://foodiddy.com/?p=3724