May the Pancake Force be with you… 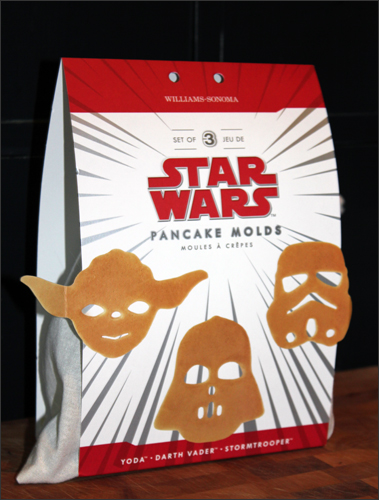 Yoda, Darth Vader and a stormtrooper. Williams-Sonoma sells them. We decided that we would give them a try this morning. I did not happen to have buttermilk on hand (shocking, I know) – so we cheated and used Bisquick instead of the recipe on the back of the pancake molds. I did add a little vanilla extract, but that was the only substitution from the classic Bisquick recipe on the box. 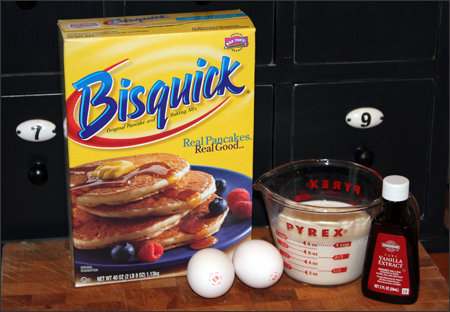 Dan wanted to eat breakfast in this century, so the Bisquick definitely helped speed the process along. 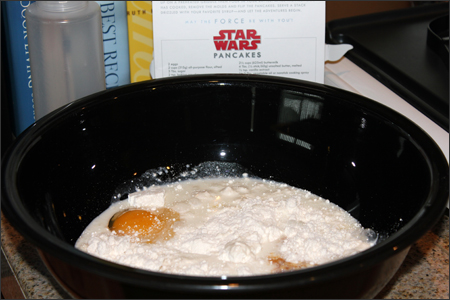 I mixed the ingredients and then read the instructions on the pancake mold box.

Easy to use: place on a preheated griddle and pour in your batter; once the first side has set, remove the molds and flip the pancakes.

I’m going to have to disagree with the “Easy” part – Pain in the ass would have been a better description. To be fair, it did get much easier with the second and third batches. 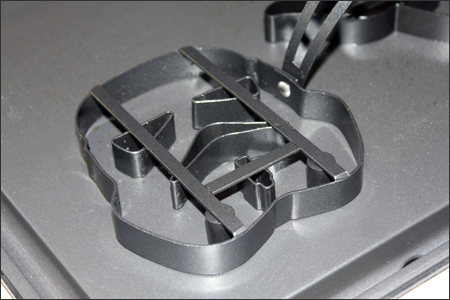 I coated my molds with cooking spray before setting them on the griddle to heat up. I set my griddle at 350 degrees. 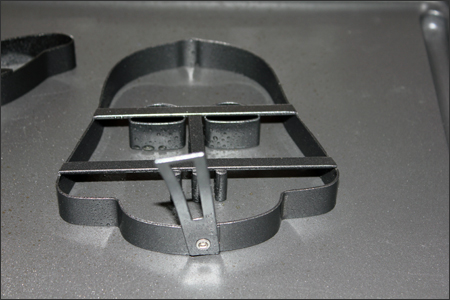 I ended up cutting the tip of a squeeze bottle I already had (to make it larger) to help with the “ease” of getting the batter into the molds. Williams-Sonoma also sells a Pancake Pen that probably does a better job at delivering batter. Mixing the batter into the bottle is key and the the Williams-Sonoma one has instructions to do that. My batter transfer was a mess. I had pancake mix dripping down my arm, on the counter and one lower kitchen cabinet… again, don’t ask. 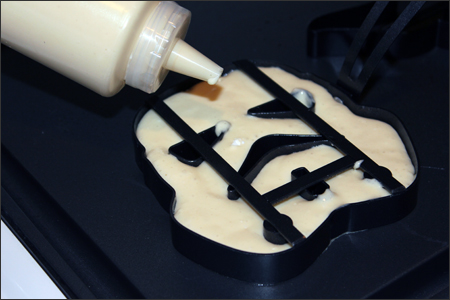 The instructions said to use 1/3 cup batter on each pancake –  it seemed like a lot, but I did it anyway. 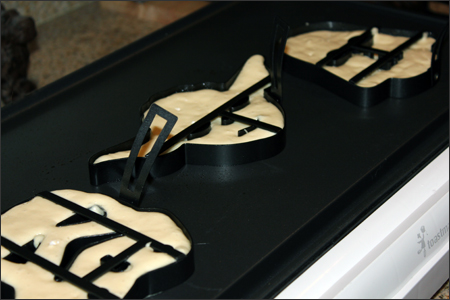 By the time I finished placing the batter into the Darth Vader mold, the stormtrooper started to bubble. I took the mold off and apparently someone had thrown acid on my stormtrooper because his face looked like a big blob. 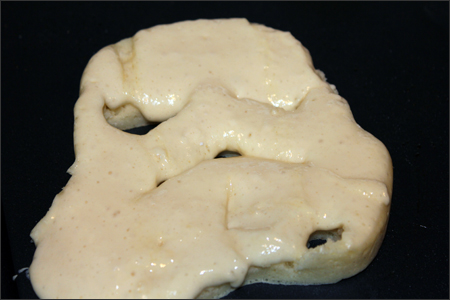 In the meantime, Yoda lost an ear… 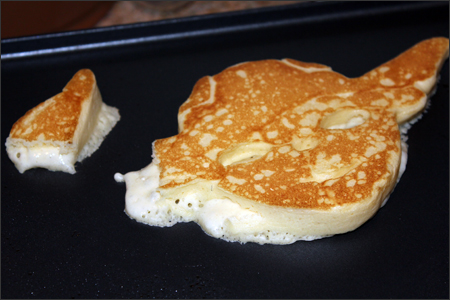 I decided to get more serious… less batter, more patience. Do or do not… there is no try. 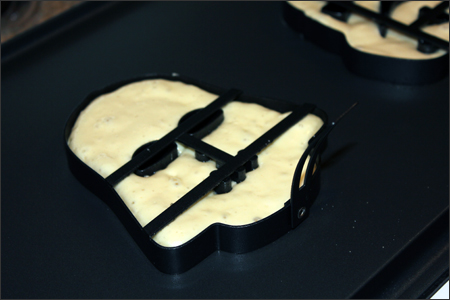 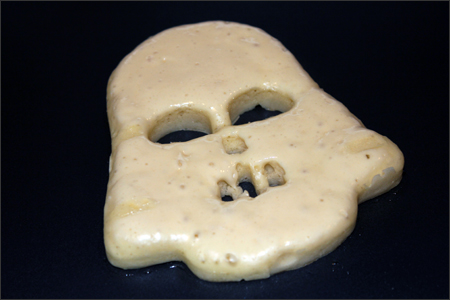 Much better! I gave it some more time before flipping. 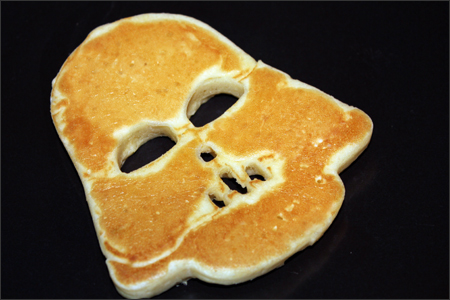 Victory – all holes were intact. 😉 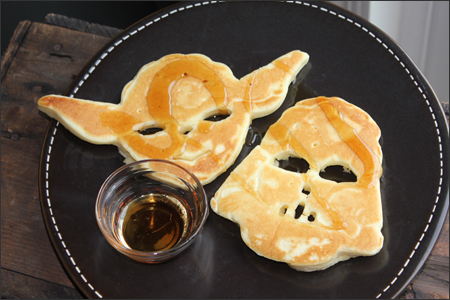 It felt kind of weird to spread butter and pour hot syrup onto my new little buddies – but eating them didn’t seem to be a problem. They were light and fluffy.

I would suggest trying these out prior to planning a “birthday pancake breakfast” for a room full of screaming kids. The pressure was pretty intense with just the two of us –  Ha!

For sure a fun way to start off a Sunday. Thank you Josh and Deede. We also updated the blog to WordPress 3.0.4 and I updated to a newer version of my theme. Exciting stuff! No really,  it is.

Permanent link to this article: http://foodiddy.com/?p=3146