A day of celebration…

I am so touched by your emails, comments and responses to my last post. It means a lot to be surrounded by people that “get me” and understand that just because somebody has left this earth, it doesn’t mean that the celebrating should stop. I will forever hold onto the tradition that Ace and I started after his brother Craig’s passing. We made a cake on his birthday to remember and celebrate him and I chose to do the same for Ace.

So let’s talk chili. Ace had a chili recipe scribbled onto a piece of paper shoved into a Budweiser collectible book. My guess is that it came from one of his Bud distributors (He was a grocery store manager and had a million contacts) or it came from someone in the breweriana society he belonged to. I was not kidding when I said he had a passion for Budweiser. The recipe was written by somebody else, but right next to it – the words – GOTTA TRY THIS! was definitely his handwriting. 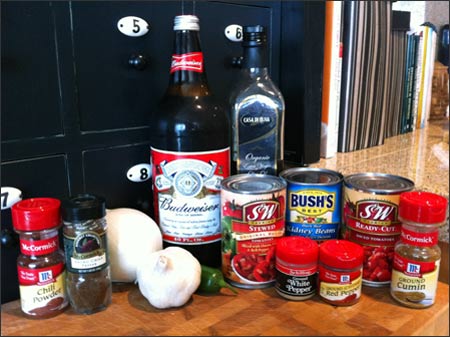 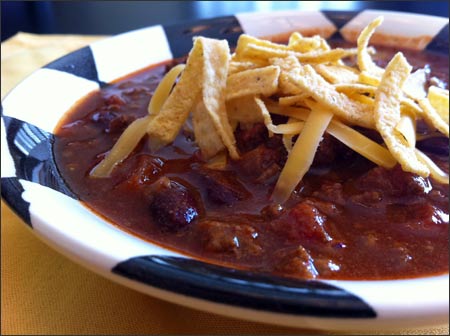 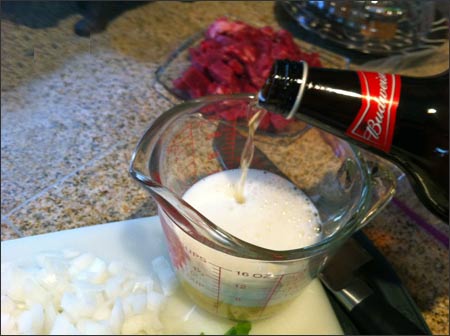 Prep your onion, garlic, jalapeño and meat. Dice top sirloin into small cubes and place into a Ziploc bag – add garlic salt and Budweiser and refrigerate for a minimum of 1 hour. Strain liquid from meat. 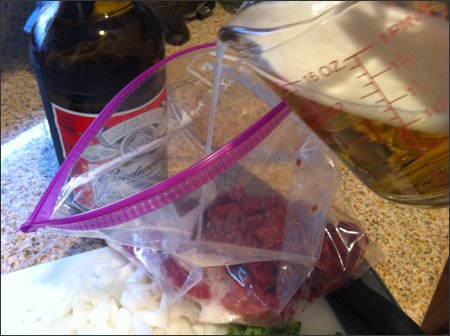 Heat oil and sauté onions and garlic until onions are translucent. Add ground sirloin and strained top sirloin and cook until browned. 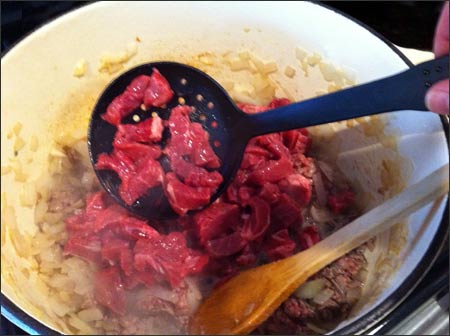 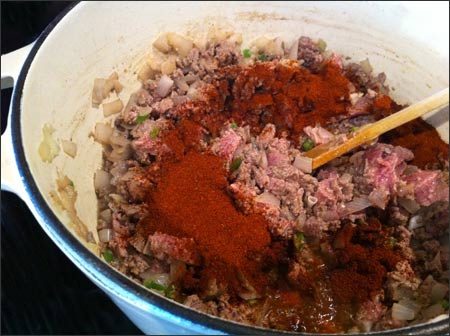 Add tomatoes, tomato sauce and beef stock to the pot. The recipe called for water, but I switched it up with the beef stock. 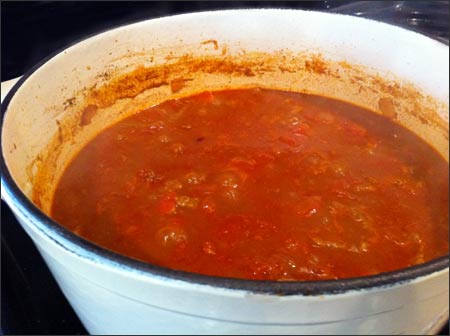 I kept the heat on medium until all liquids were in the pot. I then turned it up to high and let it really boil for a good 15 minutes. I then reduced the heat to low and it simmered on the stove for about 3 hours. I kept stirring and checking the consistency. I never needed to add water – it had a thick soup like consistency. Probably shouldn’t have added as much beef broth. 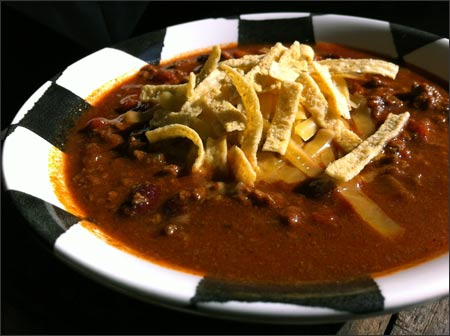 It tasted great! Dan and I both gobbled up bowls while we watched the movie “Date Night”. I enjoyed the movie and laughed quite a bit. Dan went to the pantry and got out a box of Whoppers – I bought a bunch of movie candy at Walmart for our “Netflix dates” – I heard the box and yelled… wait! we have cake… He walked over to the cake as I was cutting it and put a Whopper on his piece. Double dessert – gotta love that! It ended up being a fun night.

Now what am I going to do with the leftover 28 ounces of Budweiser? Hmmm… beer bread? Any ideas or suggestions? Drinking it is out of the question… not a Budweiser fan – Bud Light, maybe in a pinch.

Hope everyone has a fabulous weekend. Sending good luck wishes to Lew over at Ash and Lew Plus 2 – he’s running his first marathon on Saturday, go Lew go!

Permanent link to this article: http://foodiddy.com/?p=2382