I was very excited to hear that Elk Grove was getting a new microbrewery and taproom with the added bonus that is was dog friendly. My friend Kristen knows the owners (David and Liz), so I followed the brewery’s progress online. 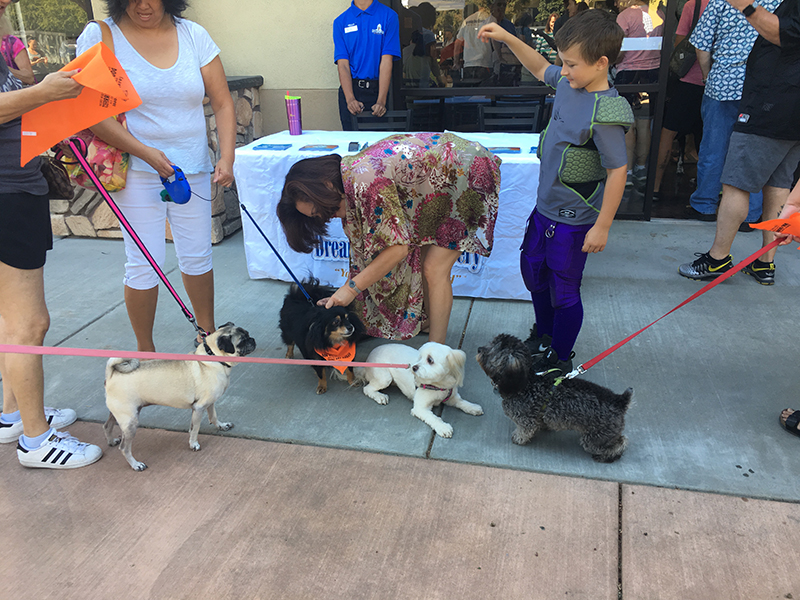 Dreaming Dog Brewery’s grand opening celebration “Dogtoberfest!” was held on Saturday, October 7 and we jumped at the chance to check out the taproom, taste some beer with friends and surround ourselves with adorable dogs. I loved that all of the event vendors were dog related – Elk Grove Police K9 Association, City of Elk Grove Animal Services, DoggieStyle HotDogs, Dog Gone Purrfect Grooming, etc. 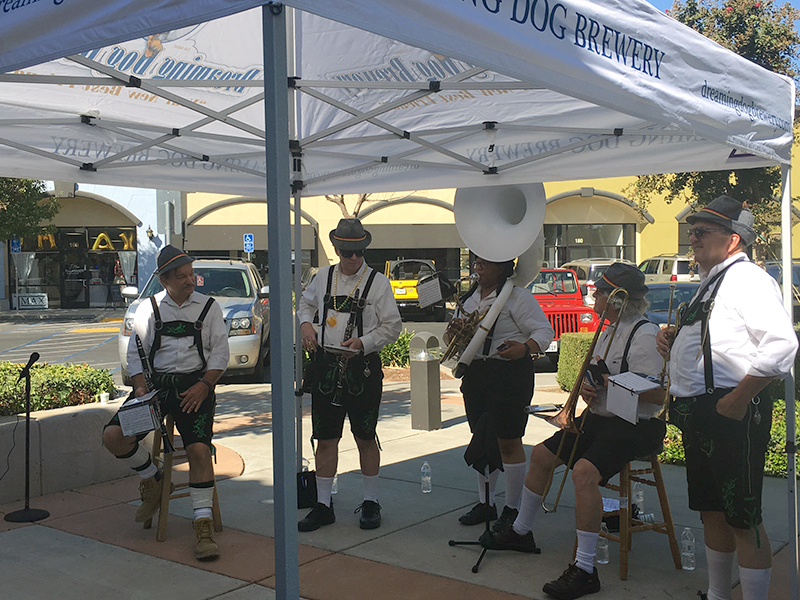 We arrived and were greeted with live German music from the Grand Isle Fire Brigade Street Band donning their Lederhosen and festive bavarian hats.

The beer line was out the door, so we decided to head there first. I was in dog heaven… they were everywhere. I chose to leave my two at home for my own sanity. They are adorable, but let’s just say they could use some training when it comes to crowds and other dogs. 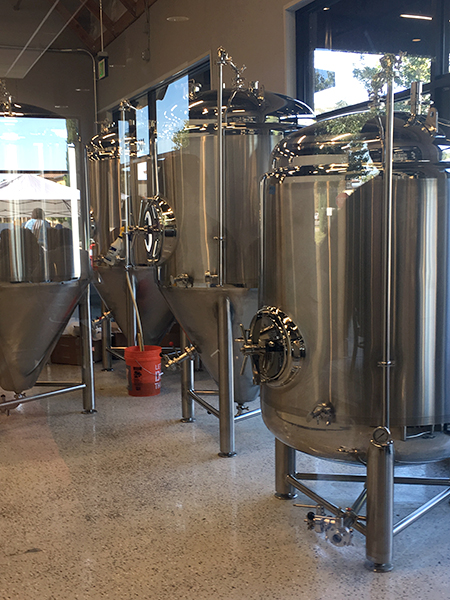 New shiny fermenters, tanks and brewing vessels that you could see through the glass windows off to the side of the entrance near the bar.

Beers on tap for the event were:

Other beers they are now serving: 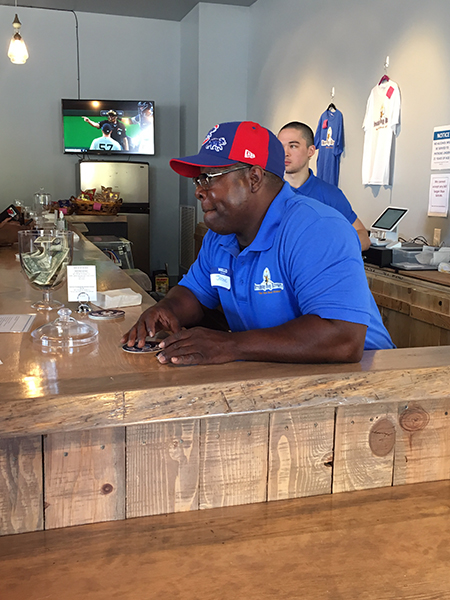 The bar and taproom barn doors were recovered sugar pine from the Sonora area and really added to the industrial chic feel of the taproom. David explained that the vibe of the taproom was all Liz. 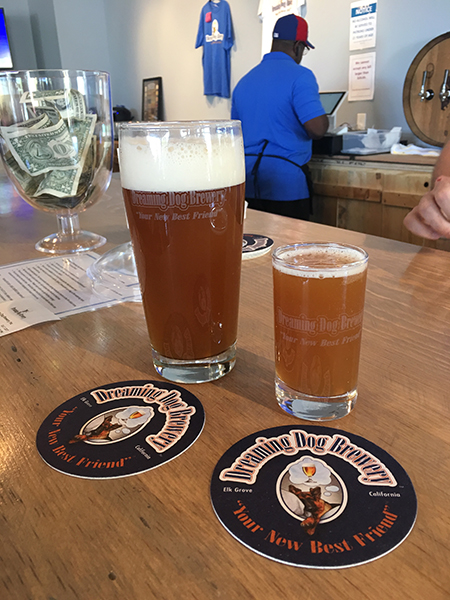 I was the DD, so I opted for the taster size, which was a good thing because the one negative was the beer wasn’t cold. We later found out that it didn’t go into the chiller until the night before the event – that kind of stuff happens when things are crazy before a grand opening and I look forward to many future cold beers. 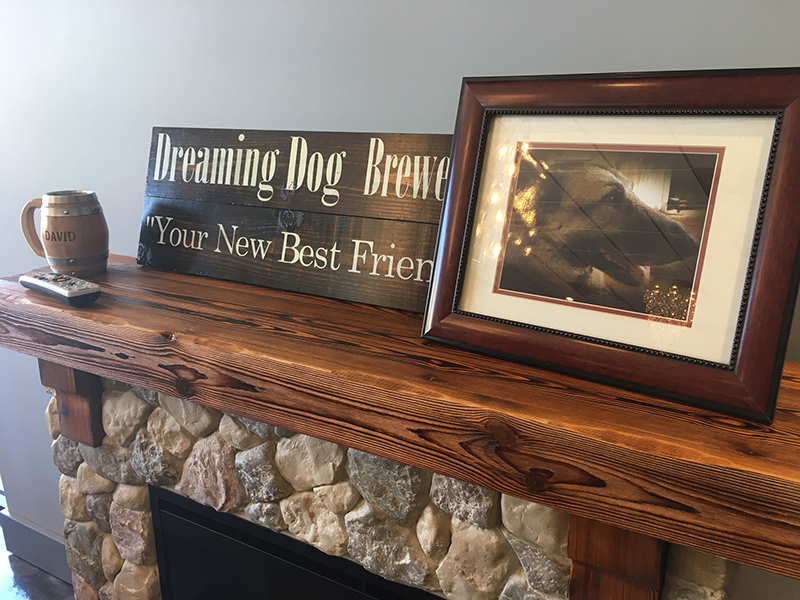 We got our beers and all of the tables were taken, but there was some space in one of their seating areas. Dreaming Dog Brewery – Your New Best Friend – in memory of their beloved German Shepherd Mason – their inspiration for the brewery. 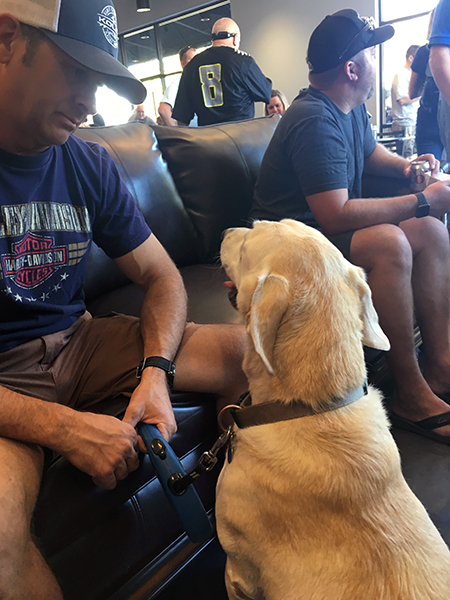 How cool to just have a beer with your dog… she was a super sweet lab. 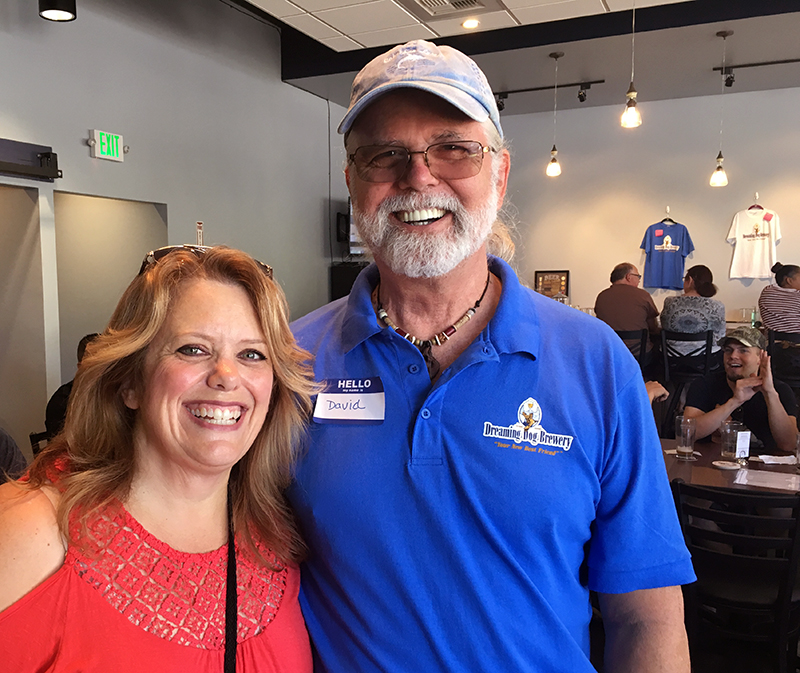 David (the owner) was happy to see Kristen and I was able to snap a quick photo. Kristen is the queen of photos at events, so a bunch of the photos from this post are hers… I’m seeing a photographer/second career in her future. 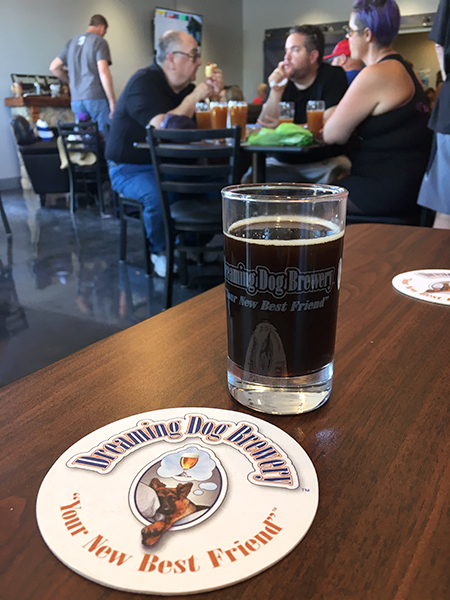 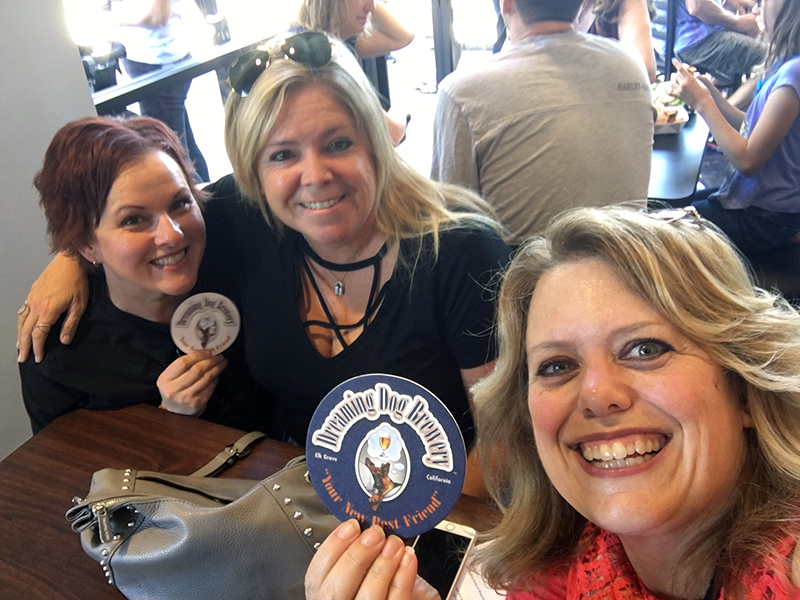 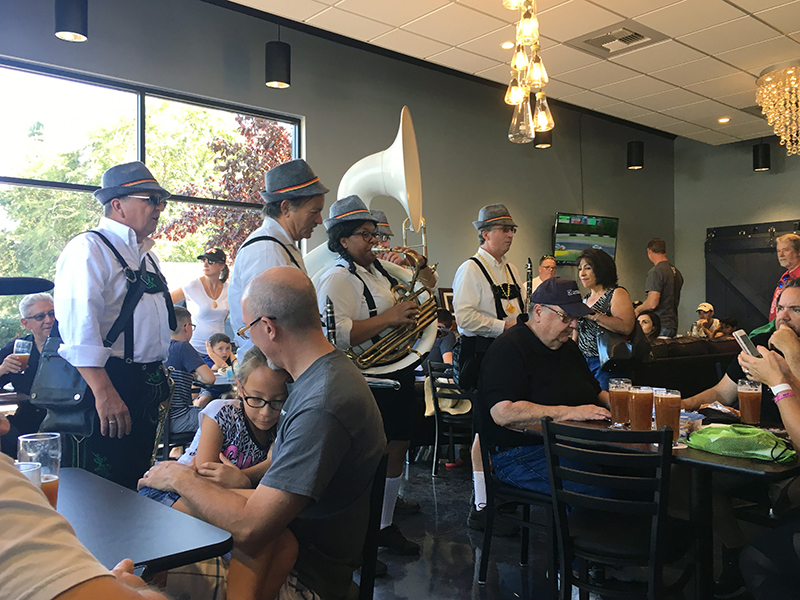 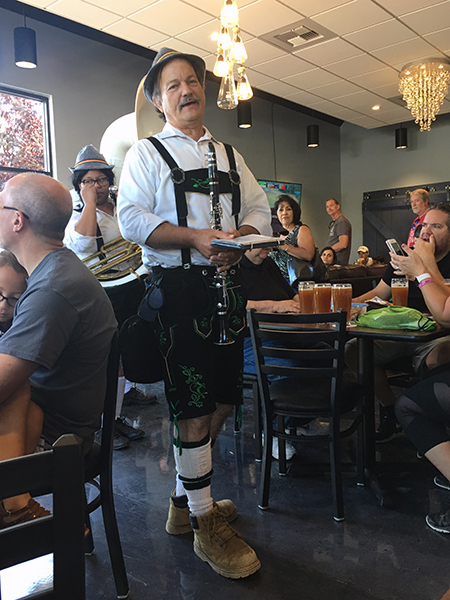 The place was packed and the line kept growing. A table opened up and we snagged it to share with a friend. The band made it’s way inside and the festivities really began. “Ein Prosit” with raised glasses everywhere. So fun! 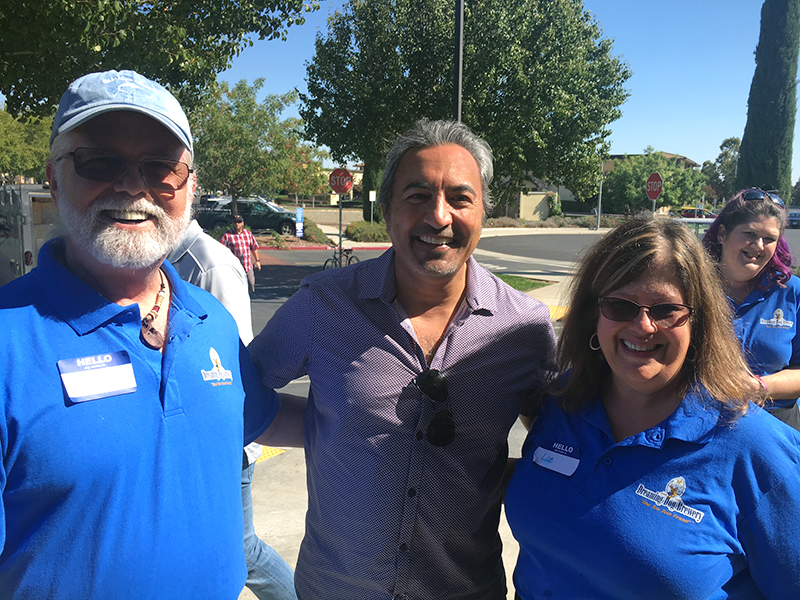 Congressman Ami Bera showed up and Kristen was able to get a photo for David and Liz with a photo bomb from their daughter Kate. 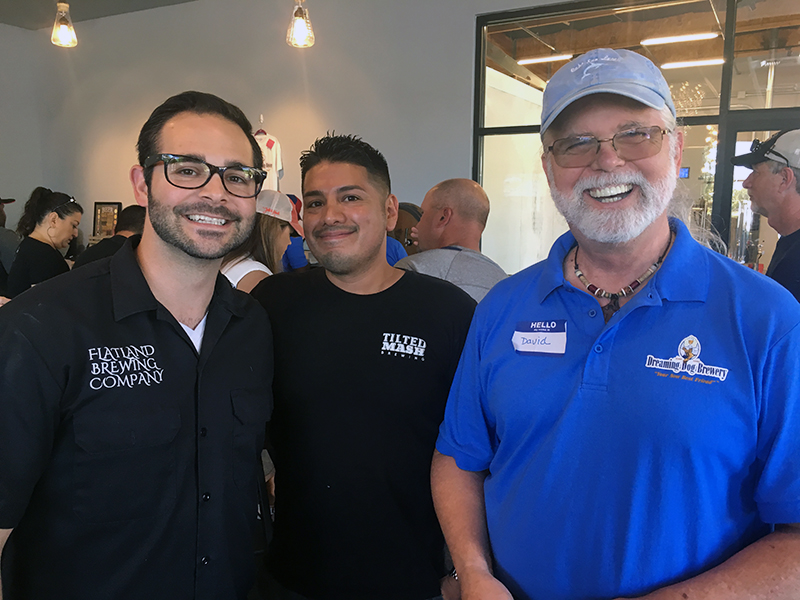 Elk Grove’s other breweries – Flatland Brewing Company and Tilted Mash Brewing showed up to support David and Dreaming Dog and Kristen got a great photo of that too – so cool!

The community really turned out to support the new brewery. We met so many friendly owners with their adorable dogs. 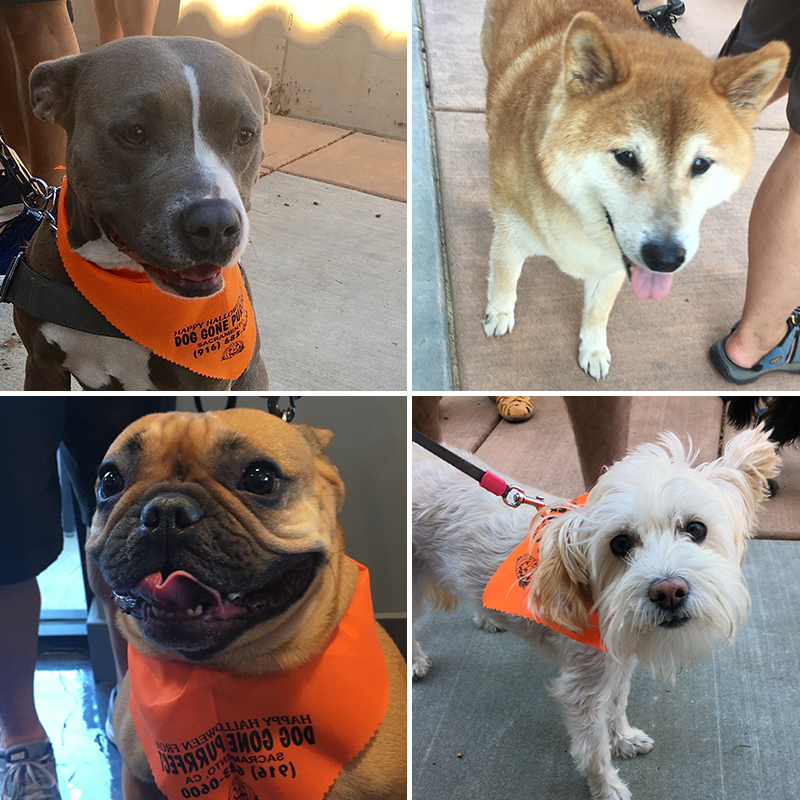 I petted all of them as Kristen was capturing their cute little faces. My dogs stuck to me like glue when I got home. I actually had to take my shoes off so I could walk, lots of sniffin’ going on. 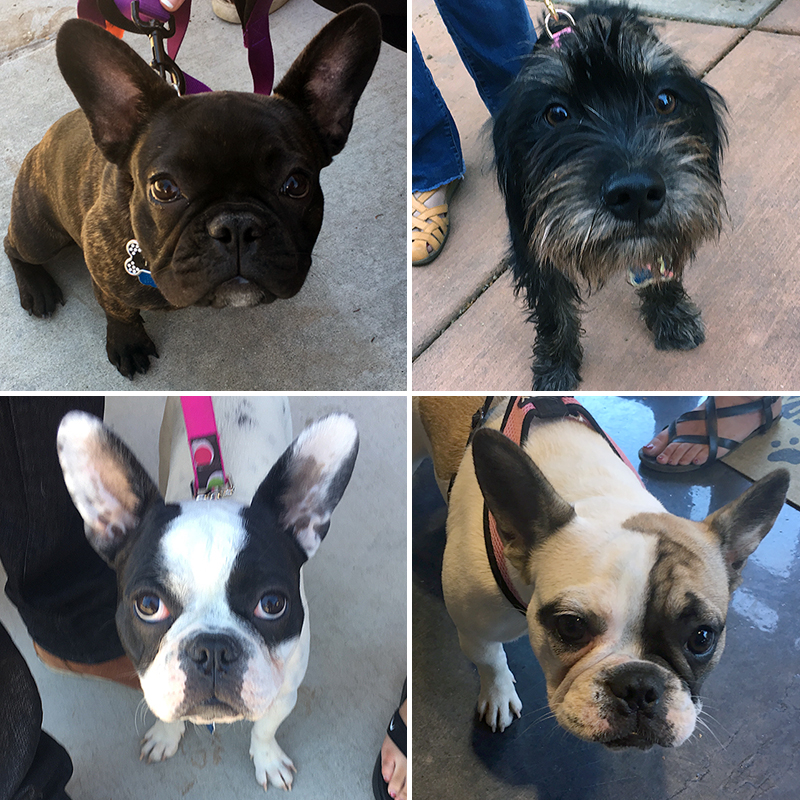 One of these things is not like the others… too much cuteness for one post. If you are in the Elk Grove/Sacramento area and love bringing  your dog places or enjoy a good pint, you need to check the place out.

Thanks Kristen for another fun adventure.

Permanent link to this article: http://foodiddy.com/?p=11118